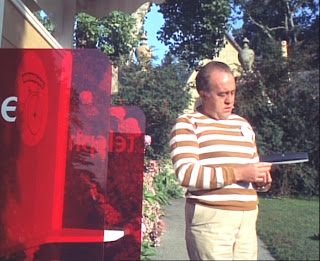 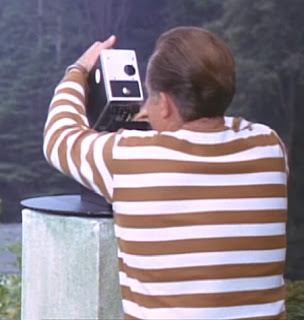 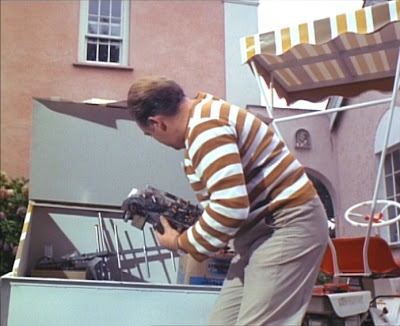 When in Checkmate Number 6 and Number 58 go about the Village stealing a surveillance camera, a telephone, and electrical components from an electric truck at the crossroads, completely unobserved! The clever bit is, for the Rook to steal the suveillance camera from under the serveillance eye of both the Superviosr and the doctor-Number 22 in the Control Room. It was a dangerous thing to do, the Rook and Number 6 must have known the camera was working, making a 90 degree sweep of the central area as it was. How were they to know that someone was not watching the Village via that camera as the Supervisor-Number 56 and doctor-Number 22 were at the time? And then what about the Guardians, such as the Gardener, what were they all doing during this time, not to mention the other observers, what were they doing all this time? Not watching Number 6 and Number 58 that's for sure!