If things were not bad enough, they have now taken away the new identity of Number 6, that they once gave him. It really makes one doubt just exactly who one is, doesn't it? 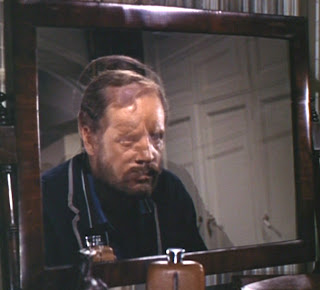 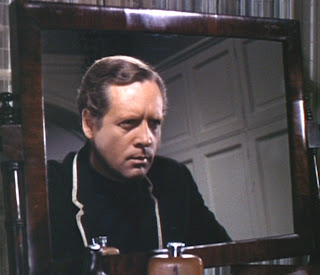 So Number 6, what do you see in the depths of the mirror? 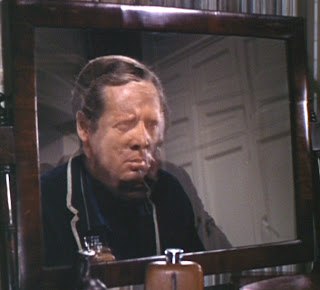 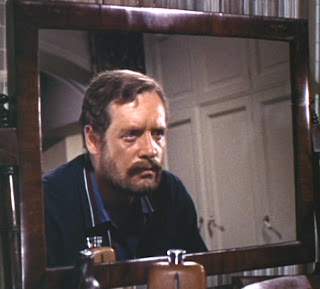 Be careful Number 6, and take heed because you may  not like what you see. It's quite chilling isn't it, as the two faces of Number 6 are revealed! 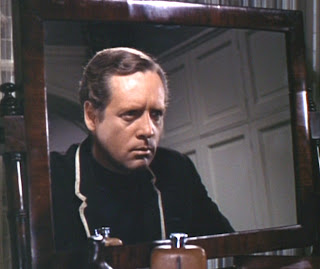 It's rather like the strange case of Dr. Jekyll and Mr. Hyde, wouldn't you say? Until finally the face of his other self is finally revealed, his Mr. Hyde to Dr. Jekyll. What's more, he looks tired and drained, as though he's been put through the mill more than once!