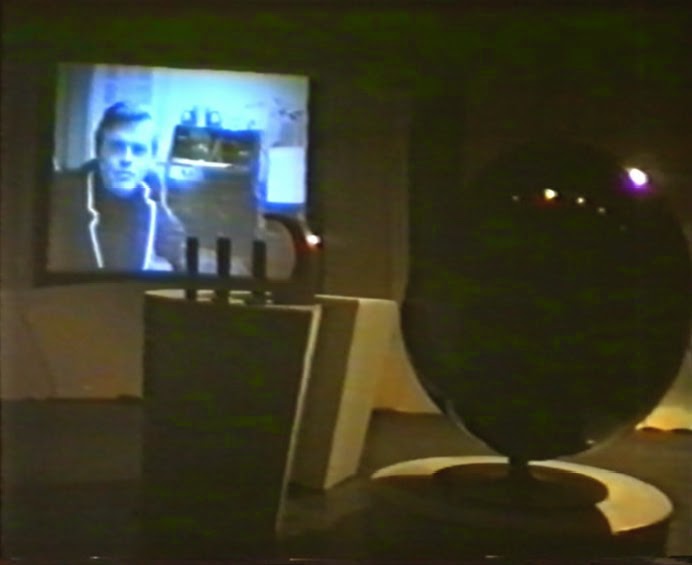 In producing the arthouse film ‘Village Day,’ I was lucky enough to be able to use a re-construction of the interior of Number 6’s cottage. The construction had been a labour of love for one Pam B in Wallasey, and work began in 1994, the interior of ‘6 Private’ was in the attic of Pam B’s house. Her artistic flair enabled Pam to paint back-drop views of Portmeiron on the walls outside the cottage door and windows. 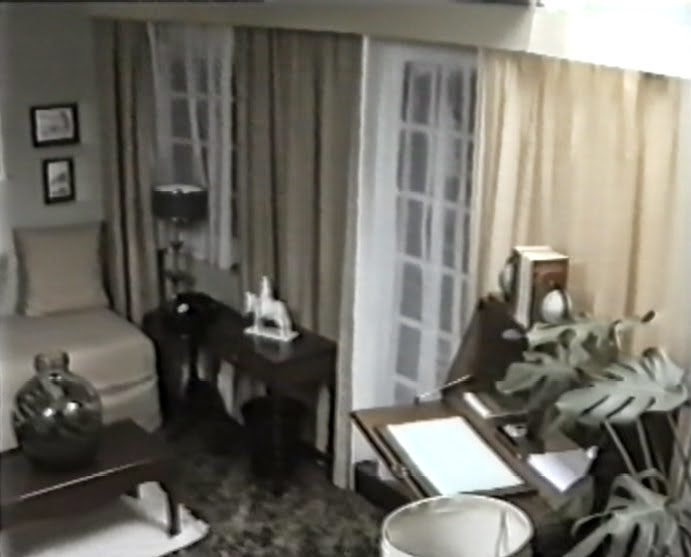 The décor, fixtures, furnishings, and fittings were all crafted by Pam, and emulated Clough Williams Ellis in creating features ‘trompe l’oeil’ to fool the eye. Such as a vase painted on a shelf, outdoor scenes at the windows, and the whole panorama eventually filled the far wall. A mural on a raised section through the revised arch incorporated furniture, the futuristic lamp, as well as the kitchen, and a glimpse of Number 6’s bedroom. Although if memory serves there were eventually painted out and a large face of Patrick McGoohan drawn on the wall. Hence filming for the film could take place in one direction.
Pam being very adept at recycling, adapting discarded items, such as tables being cut in half to create coffee tables, and wardrobes were reinvented as folding screens. An original telephone from 1967 was procured, and other appropriate ornaments and objet d’art were collected or fabricated.
The re-construction of the interior of Number 6’s cottage eventually became something of a shrine to members of Six of One: The Prisoner Appreciation Society, who felt that they simply had to pay a call on Number 6! In order to help authenticity Pam had recorded music, and dialogue which was played back over a sound system in the cottage. 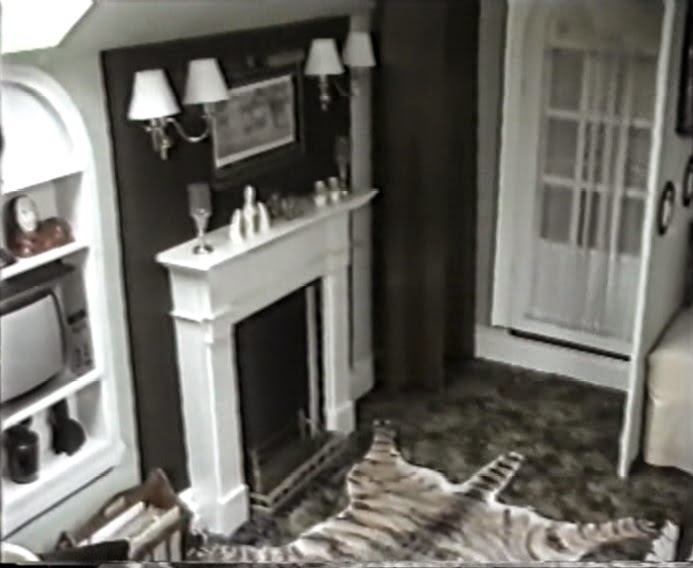 So that as you sat in the cottage and listened, you could hear the regular Brass Band concert, or the speeches during The Village election for example. Most certainly when you first walked into ‘6 Private’ you actually thought you were in Number 6’s cottage, and that he might come walking in at any moment. And I am proud to say that my wife and I were able to add a three dimensional aspect to Number 6’s cottage with a number of re-enactments of various scenes from ‘the Prisoner’ episodes, which Pam filmed and produced on her video ‘Toys In The Attic.’ 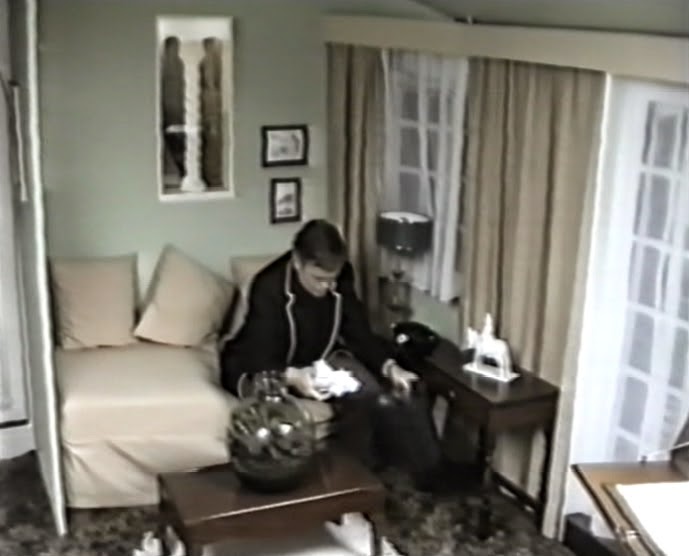 However Pam B’s interests turned from ‘the Prisoner’ as she wanted to give her attention to other projects, one being with a local theatre company, and needed the attic space for other things. So Number 6’s cottage was eventually demolished. 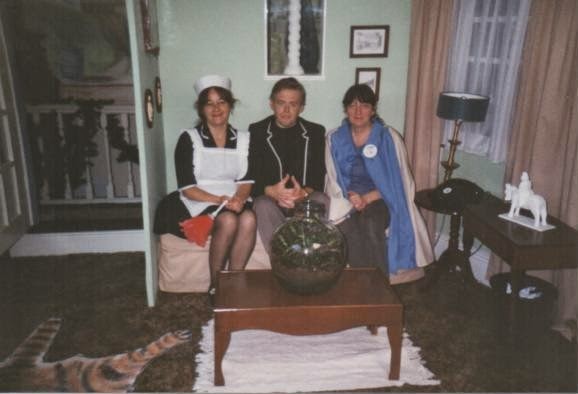