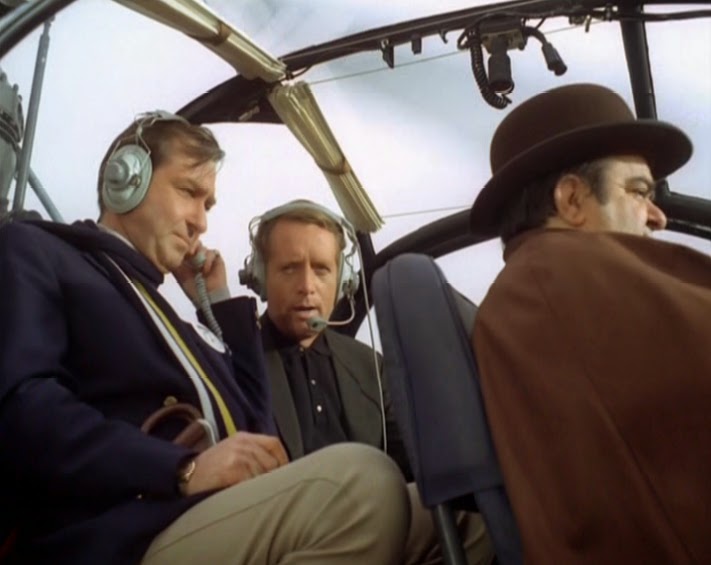 A view from ‘Arrival,’ taken from the Prisoner’s aerial tour of The Village, which is carried out personally by Number 2 himself. It’s nice to see that Number 2 has time in his busy day to take the new arrival on the tour himself. Is this a special tour of The Village conducted for the benefit of the Prisoner, or is this afforded to every new arrival?
Why is the Butler at the controls of the Alouette? Where is the regular helicopter pilot? Perhaps his flying hours are up for the time being. Or perhaps it means the Butler serves his master in everyway, even to the point of flying the helicopter himself. In another regard, I suppose the image would appear to lack something if the Butler was not the helicopter pilot.
The Butler may not be heard to utter one single syllable. He may not appear to be very important, although he is always there, either at the centre of things, or most certainly lingering in the background. And so image-wise, the Butler does add a certain something to ‘the Prisoner.’

Be seeing you
Posted by David Stimpson at 09:26