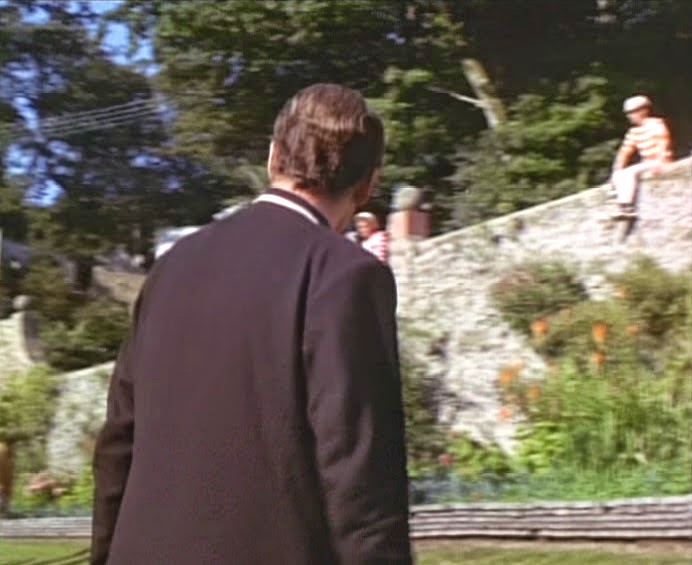 McG “And what do you two think you’re doing?”
“We’re film extras dressing the scene.”
“You’re what?”
“The director told us to stand here as though we’re watching the human chess match.”

“Well watch the chess match then, if that’s what you’re supposed to be doing. And no shouting come on you whites when we’re going for the take, like you did during the rehearsal of the scene.”
“So we’ll just stand here on this balcony.”
“Yes, and for pity’s sake do try and look interested!”
“Sure thing Pat!”
“And don’t call me Pat!” 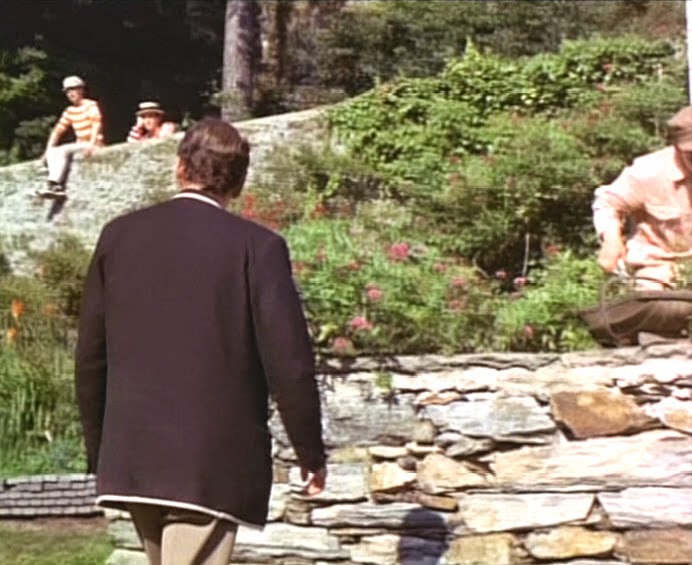 McG “And you two, what are you supposed to be doing?”
“The same as them over there.”
“We’re acting as film extras.”
“Well act like it, watch the chess match, and try not to look quite so bored about it!”
“Well sitting on a wall is boring.”
“So is leaning on it!”
“Well at least try to look interested.”
“Righto!”
“That was clever of you.”
“What was clever of me?”
“You didn’t upset him by calling him Pat.”
“I heard that!”
“Sorry!”
“Well buck your ideas up, we’re going for a take.”
“Well ready when you are Mister McGoohan!”