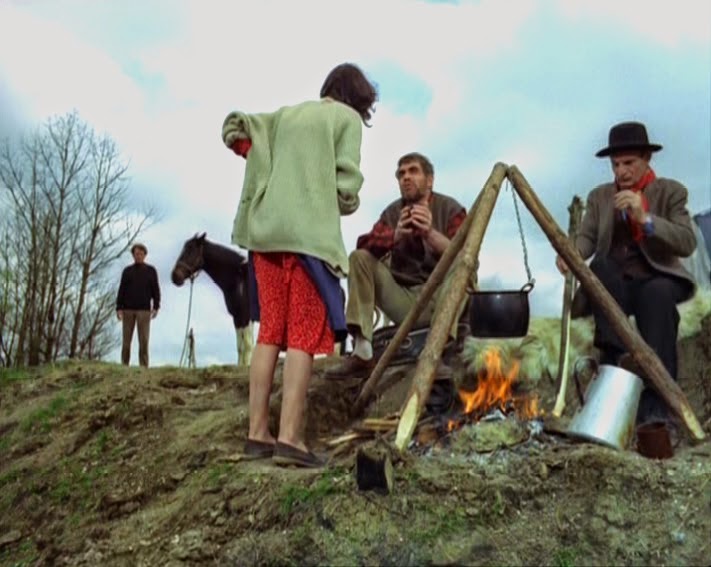 1st gypsy man “I dunno, I was walking Rufuss, and he just followed me.”
“What Rufuss?”
“No, him!”
“Well get rid of him!”
“Why do I have to get rid of him?”
“You’re a lazy good for nothing. I’m expected to do everything around here! Go and tell him to sod off!”
2nd gypsy man “He looks like trouble to me!”
Gypsy woman “Who asked you?”
“No-one, but I thought I would tell you anyway!”
“He’ll expect to be fed!”
1st gypsy man “When there are barely enough Hedgehogs to go round this time of the year as it is!”
Gypsy woman “What are you talking about?”
“Hedgehogs.”
2nd gypsy man “He looks like an escaped prisoner. He could be the Hastings strangler!”
“No the Police caught him last week.”
“Well there you are then, he’s escaped!”
“He looks like an illegal immigrant just got off the boat!”
“Or worse, he might be Irish!”
Gypsy woman “You two, you talk like a lot of gossiping old women!”
1st gypsy man “Well give him some hedgehog broth and tell him to p!*** off!”
“What and get myself strangled?”
“If only you would!”
“We might get some peace then!”
Gypsy woman “Greech ato brea, get dormea. Tella yag. Gottcha gits acadormea.”

BSEENU
Posted by David Stimpson at 07:46