Sir, Do You Play Chess Sir? 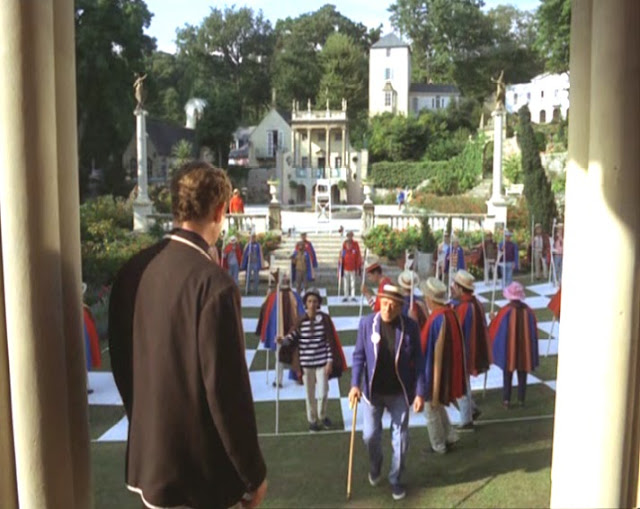 Sometimes, when I hear Number 14, the chess champion, utter those words, I want Number 6 to say no!
Number 14 “Well you’re no good to us then, clear off!”
And that would be right, because although there are two chess players, however each person on the chessboard would have to know how to play chess in order to make the moves called out. That’s why Number 14 asked Number 6 if he plays chess. And they would have to listen and concentrate whilst on the chessboard, otherwise a chess piece may become confused and make a move for the wrong side. Because unlike the human chess match at the Prisoner Conventions held in Portmeirion, the moves in the chess match in the episode are not pre-arranged {well production-wise they were, but not fictionally} if they were, each chess pole would have the move or moves for each piece set on a card and attached to each chess pole, as they are in the game at Conventions.