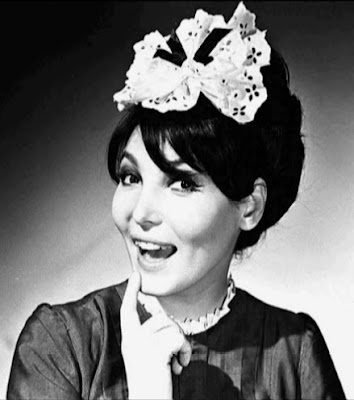 Bettine Le Beau who sadly passed away in September {as far as can be can be said} this year at the age of 82. She played the French maid Lucette in ‘the Prisoner’ episode ‘A B and C.’
A survivor of the Holocaust, Bettine became a skilful actress, she was also a model, and writer. She enjoyed many varied acting roles, appearing in ‘No Hiding Place,’ ‘The Wednesday Play,’ ‘Benny Hill,’ ‘Mrs Thursday,’ ‘Dr. No,’ ‘That Riviera Touch,’ amongst many other films and television series. Also appearing regularly on radio panel games such as ‘Just A Minute, and ‘Petticoat Line.’
Rest in peace Bettine, you will be remembered by all who knew you.