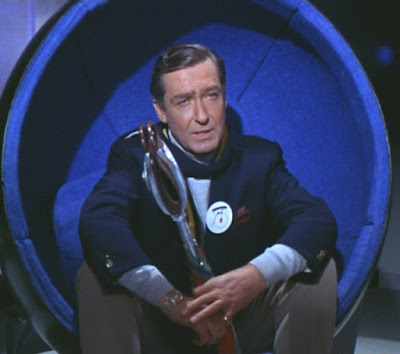 You are Number 2 the first, well obviously you are not the first Number 2, because The Village has been going for a very long time. It would seem before the war, since the war, even if it’s not easy to say which war! However you were the first Number 2 to deal with the Prisoner Number 6.
It was a clever ploy of yours, leaving out the Prisoner’s time of birth. This to try and extract information from him. You thought that if he would answer one simple question he would tell you the reason behind his resignation. I’ve never understood why the Prisoner’s resignation was so important to you, unless it was simply because you didn’t know, and simply wanted to bring his personal file up to date. Was that it? That’s why you sent the maid Number 66 to ‘6 Private,’ to extract information from Number 6 by playing on his sympathies. It didn’t work. It always seemed an “off the cuff” attempt to use the maid in that way. The Supervisor felt sure she was going to pull it off, but then what did he know? The Prisoner knew, and was wise to her. Is that why you were replaced as Number 2, for that failure? Well you knew how important the situation involving Number 6 was. That he was no ordinary man, and that he had to be handled very differently, but perhaps it was felt that you were not up to the task? But I did think that Number 1 might have allowed you to bow out gracefully, after all the only thing your successor did was to demonstrate to Number 6 that escape from The Village was not possible. You would have been up to that task, surely? But then again it was another clever ploy to have you replaced, because that had the effect of knocking Number 6 off balance, in having to begin all over again with a new Number 2.
But it has to be said that you were the calming gentleman, persuasive and laid back. Whereas your successor was not the gentleman, in fact he threatened Number 6 that if he didn’t give them what they wanted, they would take it! A bit like good cop bad cop wouldn’t you say?
You eased the Prisoner into The Village, by giving him an aerial guided tour. You even suggested that he might be given a position of authority. Did you mean that? Were you in a position to even make that suggestion? You weren’t referring to a position on the Town Council were you, not amongst those brainwashed imbeciles!
Presuming you left The Village, where did you go then? Perhaps back to the Colonel’s office in Whitehall, I bet Palmer missed you while you were away. Perhaps you should send him to The Village. That would knock some of that insolence out of him, what say you?