A familiar face? It seems so to ZM73. The face of the waiter who is the undertaker undercover as a waiter at Janet Portland’s birthday party. 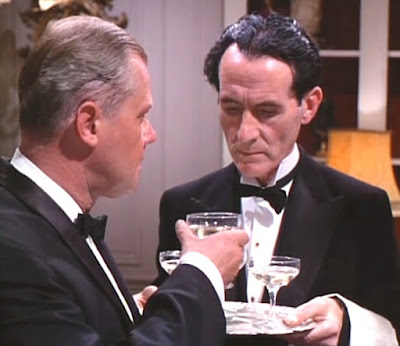 And yet there is a resemblance to this doctor, 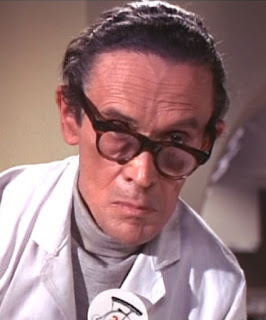 who in the opening scene of ‘Dance of the Dead’ checks Number 6’s cup to make sure he had drunk his drugged cup of hot chocolate. And yet there is a similarity between him and the doctor-Number 40. 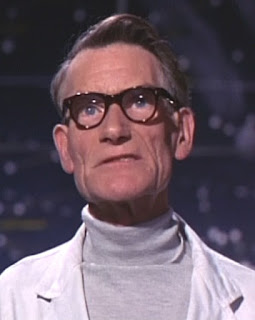 The facial features are similar, and they both wear almost the same style of spectacles. They both wear the same medical uniform of course, although that is to be expected, only the hairline is different. Another demonstration of two further look-a-likes who live in The Village.