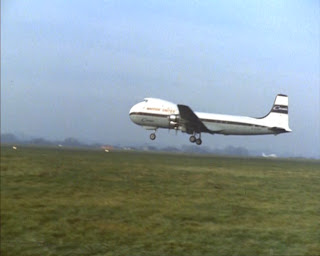 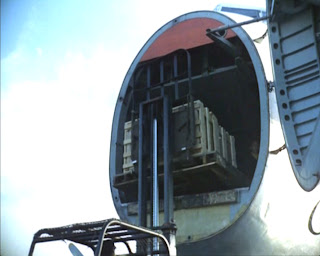 During 'The Chimes of Big Ben' the television viewer is expected to believe that No.6 and Nadia have escaped the Village sealed in a crate, in which they undertake a 12 hour journey to London. And in that
regard we witness parts of the journey, by lorry, freighter ship, and cargo plane.

The lorry is a lorry, and the frieghter ship is unidentifiable. However the cargo plane is easily identified, it's a Carvair of British United, the project of Airline entrepreneur Freddie Laker of Laker Airways 1966 pictured below. 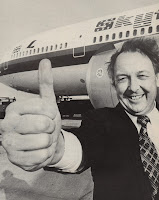 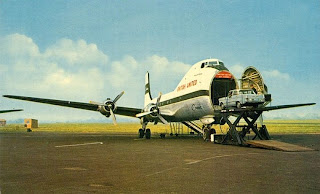 Here a Carvair of Britsh United being loaded with cars, very likely the same plane as seen in the Prisoner.

And that is partly why 'the Prisoner' has endured all these many years, because there is always something to be discoverd in the series. Not only is 'the Prisoner' a surreal, enigmatic television series, and a parable tale, but it's also educational!

I'll be seeing you
Posted by David Stimpson at 08:47