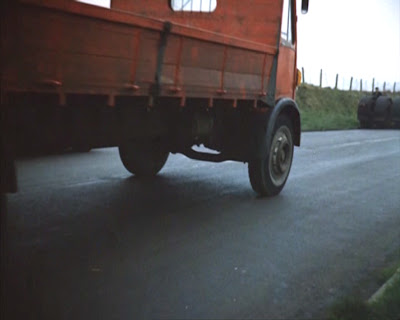 The above picture is of the lorry as it sets off on it's journey during 'The Chimes of Big Ben,' it is supposed to carry the crate containing Nadia and No.6. I think it can be reasonably assumed, that this lorry is about to drive out of a lay-by, as there is a large low-loader lorry parked a few yards in front.
The next picture is of the lorry on the road. 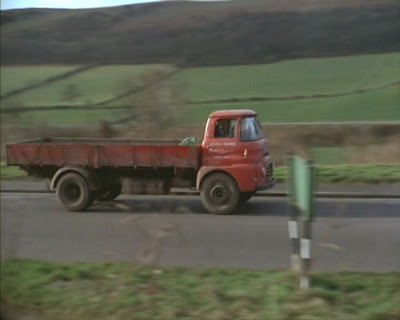 I'll be seeing you
Posted by David Stimpson at 08:51