Tonight it is the turn of 'Free For All,' when No.6 stands for election to public office. Miraculously it is a landslide victory for No.6, as everyone votes for him, including his opponent No.2. But then as it turns out, everyone voted for a dictator!
In 'Arrival' we heard some incomprehensible language spouted by No.19 the Shopkeeper. Now we hear another incomprehensible languge spoken by both No.58 and No.2, which No.6 picks up quite easily.
For the fourth time No.6 attempts to escape, this time by jet boat, but he cannot get so far with No.2 himself in hot pursuit aboard the helicopter! In fact it is possible the draw a parallel between No.6 attempted escape by boat in this episode, to his first escape attempt made in 'Arrival' but by Village taxi. In 'Arrival' the Prisoner attempts to drive away from the Village in a Mini-Moke, during which he gets thrown out of the vehicle, and is confronted by the membranic form of the Village Guardian. In 'Free For All,' No.6 attempts to escape by boat, but as No.6 loses steerage of the boat he jumps overboard into the water, and is confronted by the membranic form of the Village Guardian. And the boat? Well that is taken under remote control by an operative in the Control Room. This in the same way that the helicopter in 'Arrival' is flown by remote control and brought back to the Village, as M.S. Polotska is taken under remote control, but steered back to the Village by the Village Guardian! 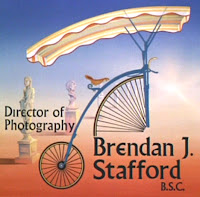 Tonight I join No.2 and No.6 in the Therapy Zone, and join in the toast "To hell with the Village." remembering at the same time not to damage the tissue, just to bruise it a little bit!   Does No.6 get my vote? Well can we trust him? His promises ring richly in our ears, but has he the administrative ability, and the backing, to impliment his policies?
At the end of the day, all No.6 wants is to escape. How is he likely to manage that? By promising freedom for all, this by implimenting a mass breakout, during which many citizens will be recaptured, as No.6 hopes to escape in the confusion and melee.