The final scenes of the 1970 film ‘Beneath the Planet of the Apes,’ is visually suggestive of ‘Fall Out.’ This that both are conducted in a cavern, both have white robed figures wearing masks, in the one case the mutants who worship their god, the “Doomsday” rocket which is capable of destroying the whole planet if launched. 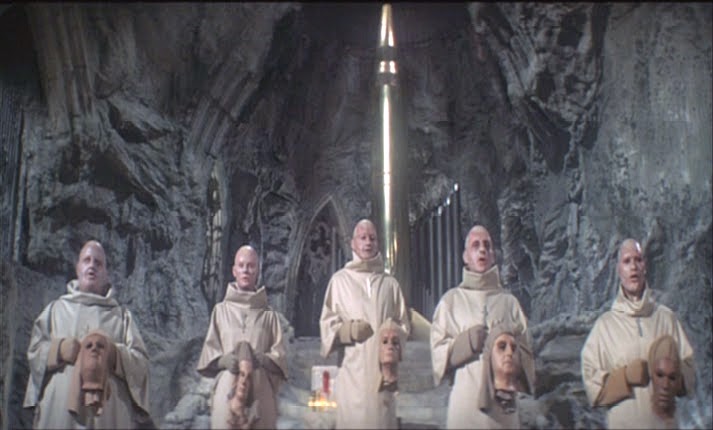 In the case of ‘Fall Out’ the delegates of the assembly represent aspects of society, who do not appear to worship the red 1 rocket, but its always possible. 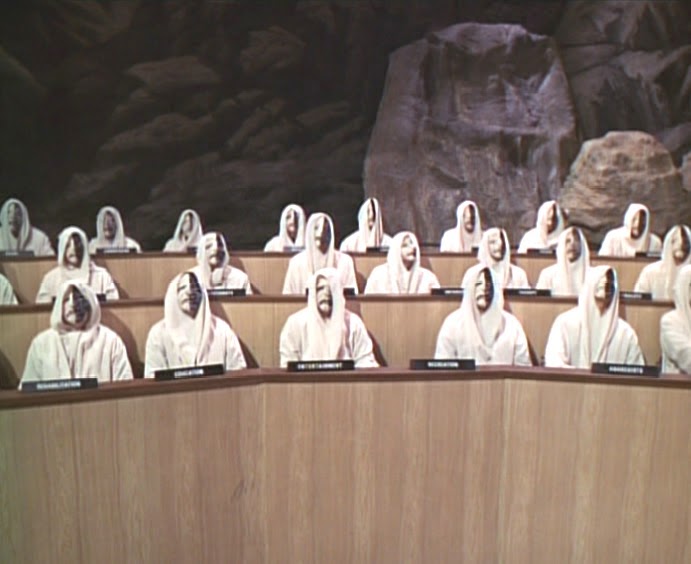 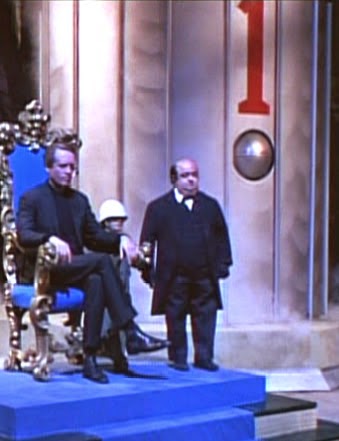 At the end of the film ‘Beneath the Planet of the Apes’ the apes pull the rocket down with ropes. As the rocket falls it starts to break open and begins to vent fuel. Urus, a gorilla, goes over to the control panel believing he can stop it from venting fuel, and moves to press the detonator switch. Seeing this, Brent, an astronaut, pounds away on the keyboard of an organ to distract him. Then when Brent sees Taylor being shot, he goes into a mad rage and opens fire on the gorillas. The mortally wounded Taylor pleads with Zaius for his help. “You ask me to help you?! Man is evil, capable of nothing but destruction!” With this remark Brent’s rifle empties and the gorillas kill him in a barrage of gunfire. Taylor curses Zaius for the last time and dies, his outstretched hand {extended in a last futile plea for help} falls on the control switch that triggers the rocket, destroying the Earth.
Well that isn’t what happens in ‘Fall Out,' as the Earth isn't destroyed, nor is The Village wiped off the face of the Earth, as Number 6 once promised to do. But the red 1 rocket is launched by the Prisoner. Visually speaking there is something of a likeness between the scene in 'Fall Out' and 'Beneath The Plant of The Apes.' But it might be too much to suggest that the one inspired the other.