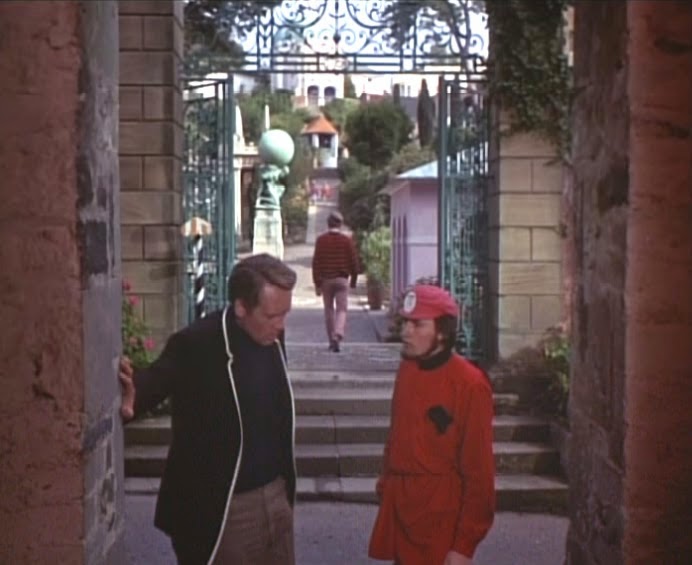 “You alright mate?”
“What’s it to you?”
“Well you tried to go in.”
“What of it? Why shouldn’t I go in?”
“Well they’re fussy about who they let in.”
“Who are they?”
“You’re not wearing a convention tag, they won’t let you in without one you know. Members only apparently.”
“No I didn’t know. The first time I decide to show up and they won’t let me in!”
“Why, who are you? Say, you’re not that bloke Dave Stimpson are you?”
“Why, whose he?”
“Oh he was very well known in his time, famous in convention circles for looking like Patrick McGoohan he was.”
“Yes, that’s me!”
“Oh well Dave, you should have said, they might let you in!”

BCNU
Posted by David Stimpson at 09:31