The Prisoner Under the spotlight 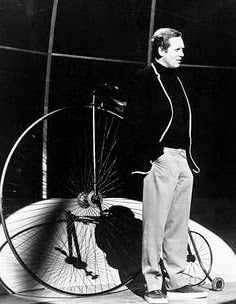 The good thing about ‘Danger Man’ was the quality of both its scripts and scriptwriters, the story lines and production quality. But all of that is difficult to maintain if the quality of the story lines begins to deteriorate, becoming repetitive, which it in fact was the case towards the end, and that is probably why Patrick McGoohan resigned! Feeling that the story quality was no longer as it had once been. Well the quality had been maintained over three seasons and some 86 episodes, both 25 and 50 minutes in length. And after such a span of episodes, a deterioration in script material was inevitable sooner or later.

And so it turned out with ‘the Prisoner.’ 17 episodes which began, with the majority filmed as though each individual episode was a film, so much went into the first 7 or 8 episodes. With strong scripts, but which began to suffer and tail off with some of the latter episodes, with the likes of ‘It’s Your Funeral’ ‘A Change of Mind,’ ‘Do Not Forsake Me Oh My Darling,’ and ‘The Girl Who Was Death,’ itself an unused ‘Danger Man’ script. Ideas had dried up, so the proposed figure of 26 episodes by Lew Grade was completely unobtainable!
Yet there were a couple of scripts put forward which had been rejected by Patrick McGoohan, and so remained unused. One being ‘The Outsider’ written by Moris Farhi. And ‘Don't Get Yourself Killed’ written by Gerald Kelsey, neither of which were thought quite good enough to make it as episodes of ‘the Prisoner.’ Yet having read the two scripts, it is clear that both have a superior quality to ‘Do Not Forsake Me Oh My Darling’ written by Vincent Tilsley, which was later so badly messed about with by David Tomblin, and further more by Patrick McGoohan. So much so, that in Vincent Tilsley’s mind, they had made a bad script into an incomprehensible bad script, or words to that effect. Which is a pity, when there were two other scripts to choose from.
There were also two synopses written for two further episodes both written by Eric Mival {music editor on ‘the Prisoner} ‘Ticket To Eternity’ and ‘Friend Or Foe?’
Ticket To Eternity involved religion, and Number 6 being tricked into thinking he's travelled in time with Number 2, but it proved ultimately too far fetched.
‘Friend Or Foe’ featured the adventures of "a black man called Mike "X", a passionate militant, it's in astonishingly poor taste considering that Malcom X  had been assassinated just two years earlier. The storyline actually involves Mike "X" faking his death along with Number 6. In the event it turned out that Mike X really did die, and the man trying to get secrets out of Number 6 when they've both escaped, is a Villager. Number 6 realises he's been tricked by noticing some white skin under "Mike's" rubber mask. As bizarre as such escapades seem today, one notable element is that the escapees were able to get on the main road to London from The Village, which could indicate that the concept behind ‘Fall Out’ may have been planned earlier than expected.
Also to actually ask members of the production crew to put forward their own synopsis and ideas for storylines, demonstrated the level of desperation which was creeping into the production at that stage