You’re Not Going To Leave That There! 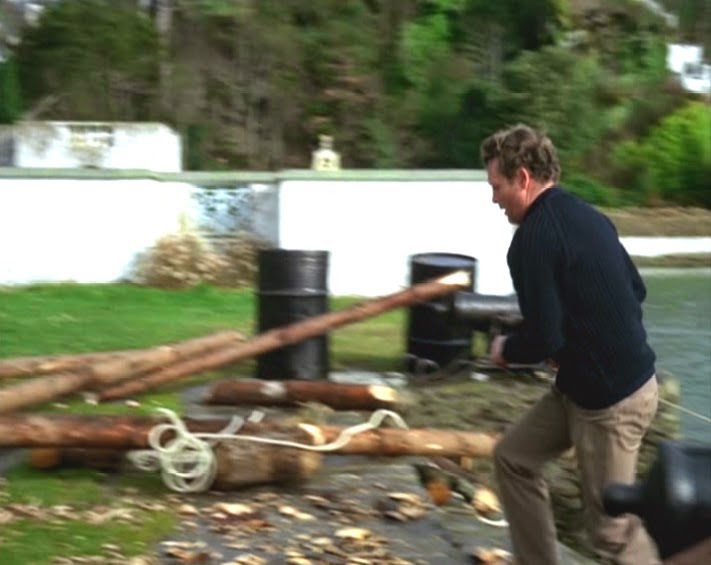 Someone will have the job of clearing all that up before the citizens wake up! On February 22nd 1967 Number 6 set sail from The Village aboard his sea-going raft. It had to be on the 22nd because according to his log he spent 25 days at sea, to eventually arrive home in London on March 18th, the next day being his birthday as he told Mrs. Butterworth.
It would be a voyage of discovery that would require all his survival instincts and skills. He found out that the house he once called home is no longer his, nor the car that he built with his own hands. He seemed to take that very well. He went running back to his ex-colleagues, and found the Colonel willing to hear his report on The Village. And yet was not wholly welcomed, Thorpe being the sceptic about his ex-colleague. But Number 6 is a restless character, and one might have thought he’d had quite enough. But no, he could not rest until he found The Village again. However having done so, if he gets another chance to put to sea in another escape attempt, at least he’ll know where he’s sailing from!