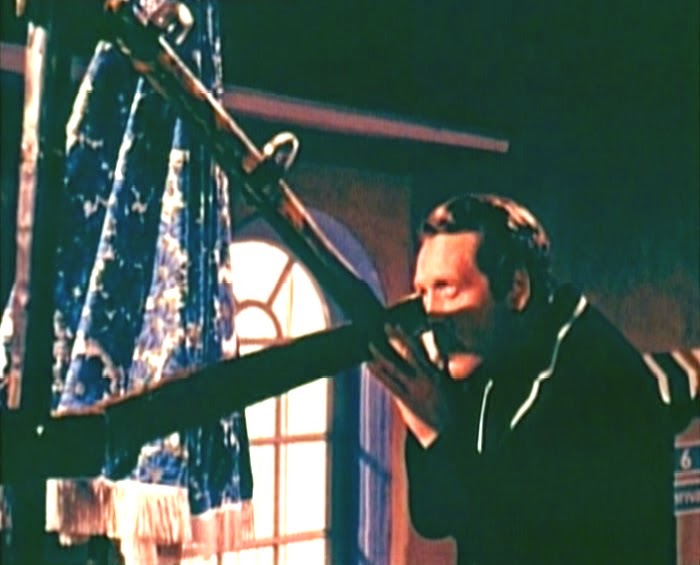 At the age of fifteen top of his class in woodwork! So what’s this latest woodworking project Number 6 has been working on? One observer had the idea that Number 6 might have developed some new kind of Peeping-Tom device, but this was dismissed when the Supervisor suggested that it might be some sort of measuring device, that he might he be measuring distance, but between The Village and how far away? Number 6 was also observed to make notes of something on a piece of paper.
At some point the wooden contraption was found to have been dumped in the woods. The technical department took the pieces back to a laboratory, and put it all back together, revealing that it was in fact a Triquetrum. An early Greek astrological measuring device used by Claudius Ptolemy AD 90 – 168. Not a hundred percent accurate, but not too bad either. Who else could have made such a device in The Village, let alone have knowledge of the Triquetrum in the first place! It could only be Number 6. And it would appear there is no end to his knowledge and skills!

BCNU
Posted by David Stimpson at 07:40