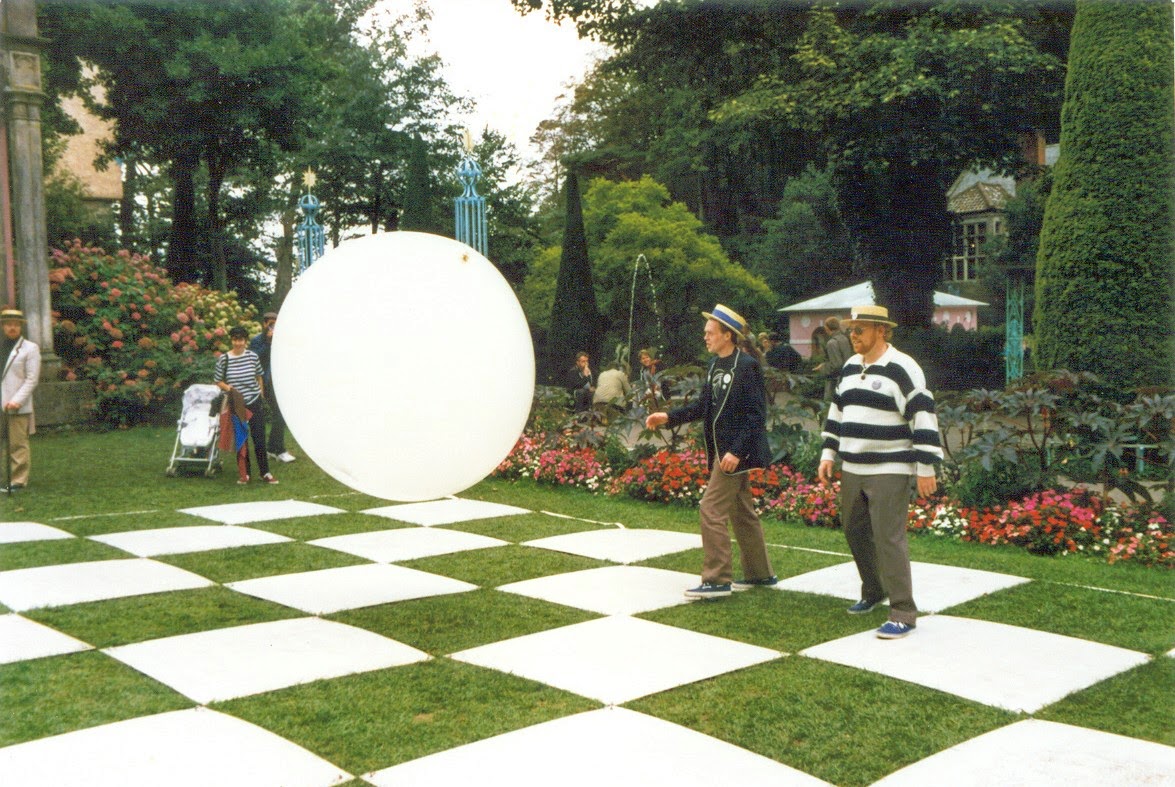 1989 was my first Prisoner convention at Portmeirion, and my first encounter with The Village Guardian. ‘It’ wasn’t a bit scary, I wasn’t at all afraid. In fact Rover was quite amiable. Yet, if memory serves, it wasn’t until later in the day, when Rover made it’s full public appearance for the chess match, that it became troublesome. But that was only because the fishing-line by which Rover was being controlled became tangled up in the rhododendrons! That’s me in the piped blazer and straw boater. A real straw boater as well, to say that it was heavy, made of thick straw, not a cheap flimsy boater. I recall a one conventioneer knocking my boater off my head. He quickly apologised, instantly realising that it was a proper straw boater. Crickey! I’d better stop I’m beginning to sound like Johnny Prisoner!

BCNU
Posted by David Stimpson at 09:40