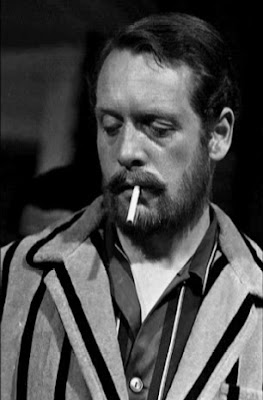 The Schizoid Man, such is the detail which went into the greater number of episodes, that Patrick McGoohan grew his beard for ‘The Schizoid Man.’ Well a false one would hardly be good enough would it? Such was the man’s dedication to producing the series.
Of course both the beard and his hair would have been dyed black in the make-over to make Number 6 look like Curtis, and then when Number 6 was put through a second make-over in order to make him look like himself, the black dye was then washed out of his hair. Shop bought temporary hair dye takes about eight washes in order to wash it out, however there might well be theatrical dye which washes out quickly.