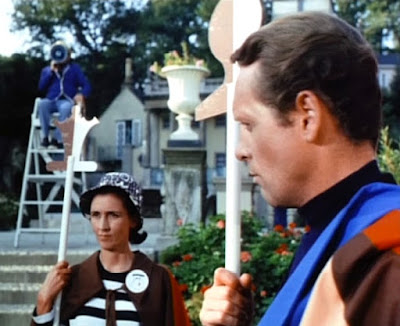 Three games of chess take place during the episode of ‘Checkmate,’ and Number 6 appears to take part in two of them! It’s just a pity that Number 14, the chess champion, is seen giving the message “Tonight at moonset, Rook to queen’s pawn six, check” to a chess piece on the board during the third game. Otherwise it could have been that Number 14 was playing the best of three matches against his opponent. Just a thought!