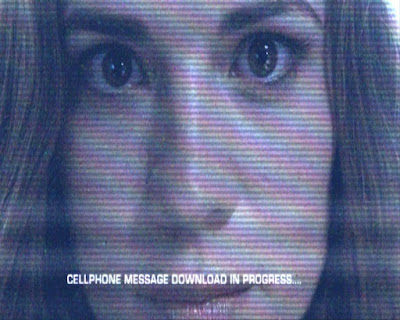 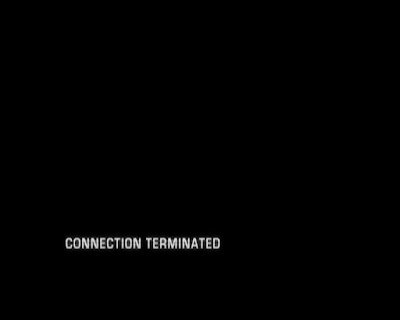 In the final scene of ‘Darling,’ having failed her assignment in The Village, 4-15 deliberately allows herself to fall into the black abyss of a hole which had opened up in the sand. Instantly there is another gas explosion in New York. The first reported gas explosion in New York, saw the Solar Café blown to smithereens in The Village killing the waitress 554. So presumably 554’s counterpart in New York was then killed in that gas explosion. Because as 4-15 suffers a Village death by falling into the oblivion of a dark hole, in that same instant her counterpart Lucy dies in a gas explosion in Michael’s apartment!
The two images are taken from ‘Schizoid,’ the top one is of Lucy, and suggests that she is making a cell phone message, and the second image which follows might well suggest that suddenly that cell phone connection has been terminated. However it may have another connotation, that Lucy’s connection to The Village as 4-15 has been terminated!