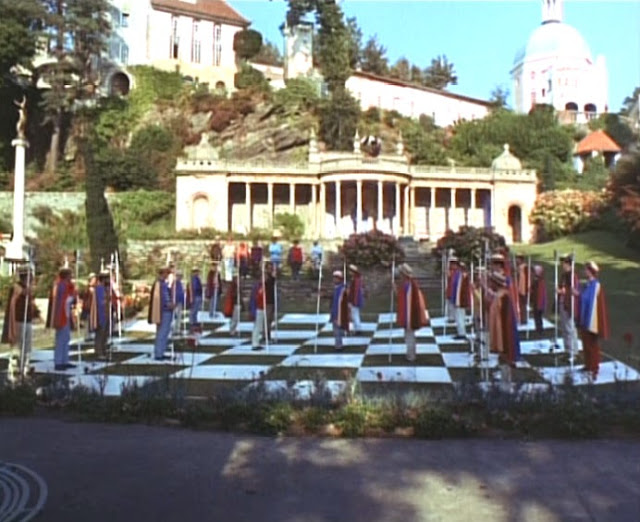 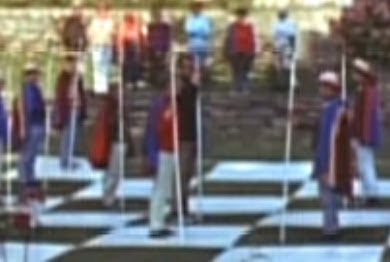 The above picture together with an enlarged section, was taken from the episode of ‘Checkmate’ while Number 6 and the Rook are sitting talking together. Number 6 turns his attention the chess match.
“If he’d moved the King’s Knight instead of the Queen’s Knight, he’d have been covered.”
“Yes, but the Bishop would have taken the Knight.”
“Yes, then the Queen would have taken the Bishop, checkmate.”
Well that seems alright nothing wrong in that, two students of chess discussing the game together. However who is that standing on the white Queen’s 4 square? It looks like Number 6, or is it Number 1 enjoying a game of chess in his lunch break?!