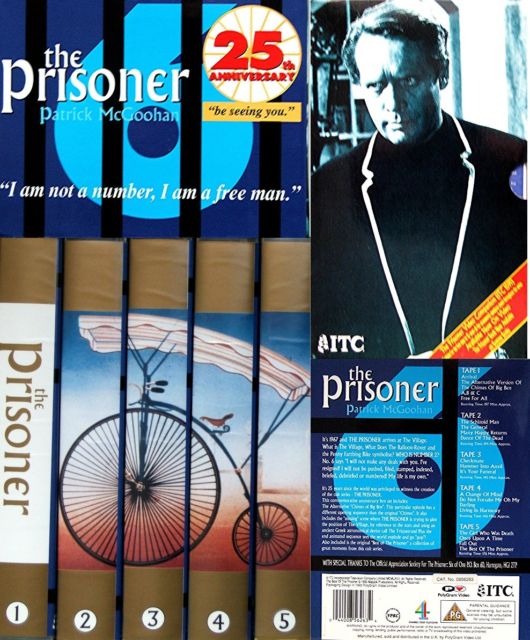 This I found on ebay yesterday, a rarity indeed.

The 25th Anniversary  VHS video box set issued by Polygram/ in 1992, comprising all 17 episodes as well as "The Alternative Version Of The Chimes Of Big Ben" and "The Best Of The Prisoner".  Grading for this item is near ; the only blemishes being some wear to the edges of the box, which also has some sellotape re-inforcing the bottom corners so they don't split. The videos (cases and tapes) have only ever been played once. The photo montage shows views of the box taken from four different angles. This set is formatted for use on videos utilising the VHS system, so please ensure that your video player supports this system before bidding. Total running time is over 14 hours.