It's All In The Production! 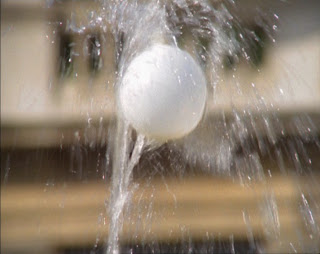 This is the very first appearence of the Village Guardian, small and in a spout of water from the fountain.
Micky O'Toole who worked on 'the Prisoner' as a propsman had this to say. "That was a little thing they chucked at me again. They said "Look, we want a balloon on top of the fountain" I said "Do You?" All these jobs were off the cuff. On a normal feature film, you would have about three months to prepare this. There'd be discussions for ever more and you'd have four guys out there for weeks trying this thing, and they'd have it perfected - and on the day nothing would happen. But to me, they were given to me and they'd say: Mickey - we're going to put a balloon on that." And I'd say: "Where?" And they'd say: "On there." So I got the balloon that you buy in Woolworth's and I made it in such a way - I cut it in half and then blew it up and tied it round like a haggis, as it were. And much to my surprise I put it on top of the fountain and it stayed there.
And it's floating away on top there and I said "This is marvellous." "Now they said "You've got to shoot it off - blow it off." "Here we go" I said. And I said: "Look!" to Pat McGoohan. "Pat- are you trying to turn me into a loony or something? All these little jobs - they're all coming up. I have enough to do."
Anyway, I got a pellet gun and I shot this thing off at least six times out of seven. 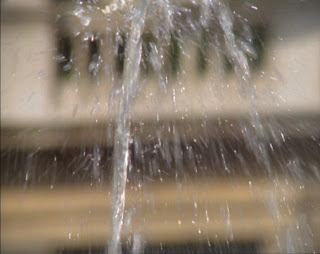 The idea of the shot was that they were focused on the small one and when it disappeared they went into another, larger, Rover, up there on the Gloriette. 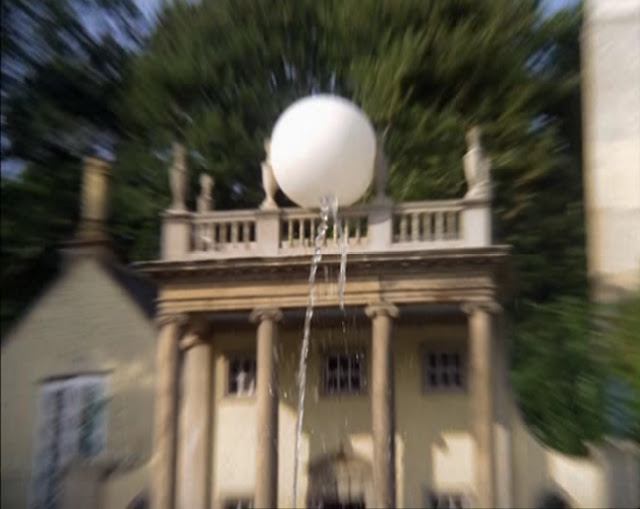