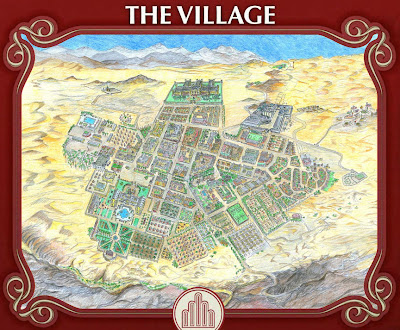 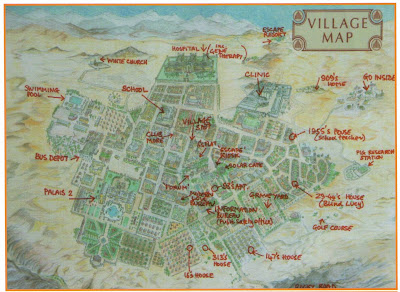 The Village! Well looking at the area covered by this Map of Your Village, the Village appears more the size of a City to my eye. Especially when you think of the number of the population, for example the Shopkeeper has the number of 37927. That at least would give the Village a population of 37,927, making it at least a large Town. And the population could well exeed that number, making the Village a City.
As it happened, back in the early 1990's, possibly late 80's, there was a plan to make a feature film of 'the Prisoner,' but call it 'The City!" I cannot rmemeber who was behind the idea, in fact that's all I can remember about it, apart from the fact the film never saw the light of day.