What’s The Prisoner Up To?

The Prisoner is escaping in our vehicle along the beach. The word is given by the Supervisor back in the control room, who has the image of the Prisoner driving away in the village taxi on the wall screen " alert, orange alert!" 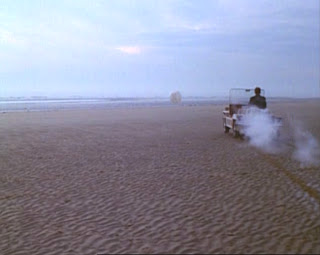 A portion of the Village Guardian, is released from it's containment area somewhere at the bottom of the seabed, and there's bound to be a confrontation as this membranic thing attacks its intended prey. As the Prisoner stands up to the village guardian and lays into it with his fists.
But it's no good Number six, you can't fight something which offers no resistance, and the Village Guardian offers no resistance whatsoever! 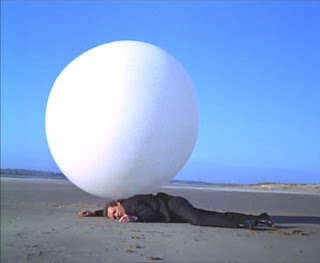 It is plain to see who is the victor, as the guardian hovers above its unconscious prey. So whatever the Prisoner was up to, he's not up to much any more!