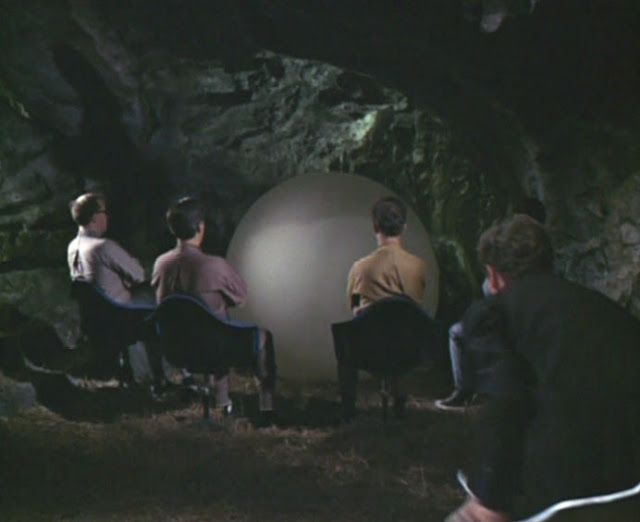 After Number 6 has been slapped to his senses and stumbles through a door into a cave. It’s a surreal moment as the interior wall of the Green Dome turns to reveal a single steel door through the pair of steel doors at the top of the ramp, where there had never been such a door before. Anyway, there’s Number 6 sprawled out on the floor of the cave, amongst the dust and straw. By the look of those four men sat around a pulsating Guardian {for what reason has never been resolved} it might be that Number 6 has stumbled into the real Therapy Zone. But Number 6 will find little or no therapy here. However being there does make the two motor mechanics feel better, as they exact their revenge upon Number 6 for his having attacked them aboard their boat, and having been dunked in the water. Its okay, they don’t damage the tissue, just bruise it a bit!