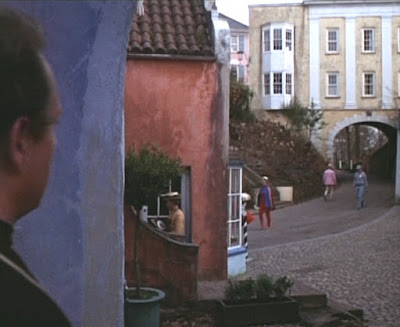 In ‘Hammer Into Anvil’ the shopkeeper-Number 112 leaves the General Stores on his way to the Green Dome, having reported Number 6’s suspicious activity to Number 2. He is supposed to have a copy of The Tally Ho and six records of Davier’s recording of Bizet's L'alesienne suite in his hands. 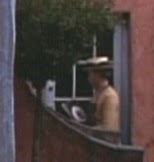 If you watch the scene itself, you can see he has the copy of The Tally Ho with him, however that doesn’t look like the cover of a record sleeve for Davier’s recording of Bizet's L'alesienne suite to me! 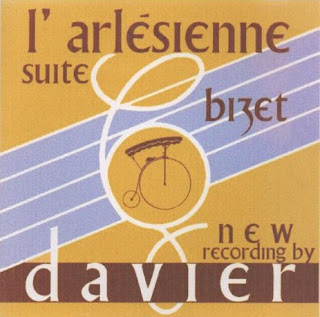 Does it to you? It might well be on the cards that when a film unit returned to Portmeirion in March 1967 for further filming, they didn’t take those six records with them. So that when they filmed the scene of the shopkeeper leaving the General Stores to cross the street, and climb the steps up to the Green Dome, actor Victor Woolf {Number 112 the shopkeeper} was given anything to carry with him, after all who was gong to notice?!