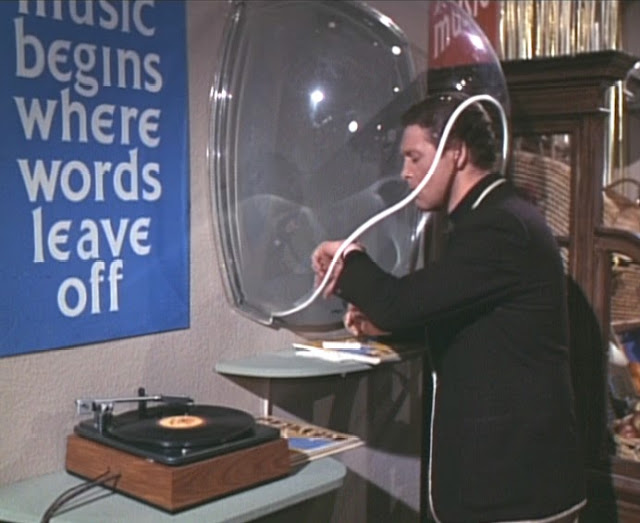 Number 112, the shopper of the General Store, reported to Number 2 some unusual activity on the part of Number 6. That he had been listening to the recording of Bizet’s l’Arlesienne suite, and that he was timing them, he kept looking at his watch. That there was one record in particular, but he had no idea which one. Then Number 6 wrote something down on a piece of paper. That piece of paper was in the small notebook Number 6 had just purchased. You can see it on top of the records. But that wasn’t all. Number 6 had left his copy of The Tally Ho behind. Well what of that? Just look as this section taken from the paper. 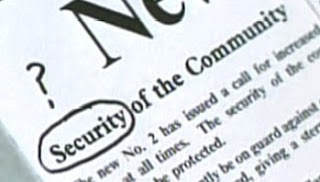 The word “security” has been circled, and a question mark written above it. It is suggested by the shopkeeper that Number 6 circled the word, and wrote the question mark, but he couldn’t have done. As you can see the copy of The Tally Ho is underneath the six records. And there certainly wasn’t any other opportunity for him inscribe the circle and question mark on the paper while he was in the General Store. So it must have been the shopkeeper. I always thought him to be a most untrustworthy weasel!