A favourite Scene in The Prisoner 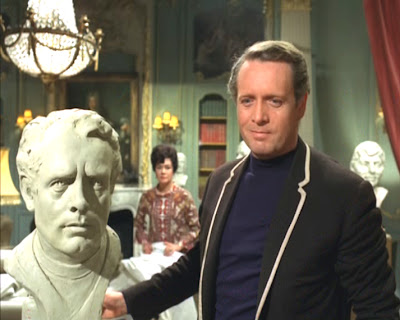 When No.6 gains entry to the Professor's house in 'The General, and he's caught by Madam Professor poking his nose in, as No.6 so often does. He admires the house, its elegant furnishings, the books. He's looking for a study of the General! And yet in his search, little did No.6 think, that while he was unveiling the busts modelled by Madam Professor, who describes them as simple finger exercises, he would unveil a bust not of the General, but of No.1!