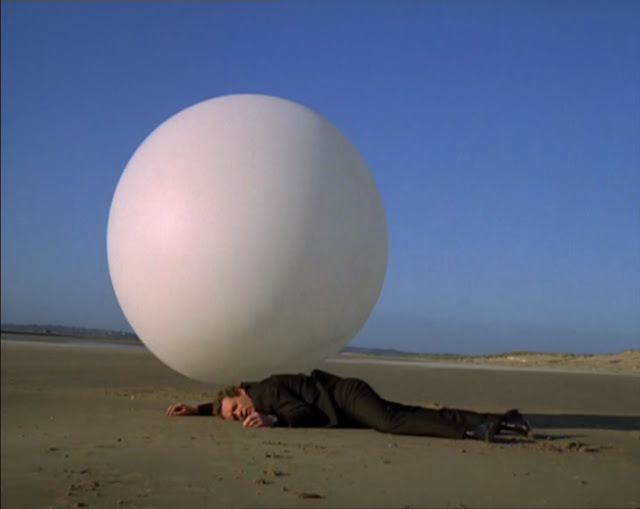 The scene in 'Arrival' when the Prisoner makes his first attempt to escape. Chased by two Guardians in a Mini-Moke along the beach. The Prisoner attacking both the men, and seizing control of the Mini-Moke and driving towards the Outer Zone. And with Orange Alert the Village Guardian is released from a containment area somewhere on the sea bed.
Then the Prisoner has his first confrontation with the membranic Village Guardian. His first thought is to attack it, and lay into "IT" with his fists. But this is a useless enterprise as the Guardian puts up no resistance, this being part of the Gaurdian's defence system. Eventually the Prisoner is exhausted by his struggle, and is suffocated into unconsciousness.