No Number - No Blazer - No Patrick - November! 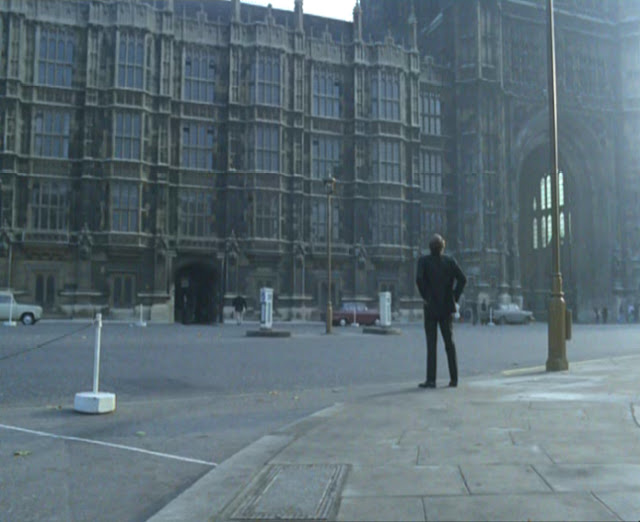 In a latter scene of 'Fall Out,' the former No.2 is seen returning to the Hoisue of Parliament through the Peers entrance. I was never quite sure if it was the Peers entrance or not, but we will come to that in a miniute. 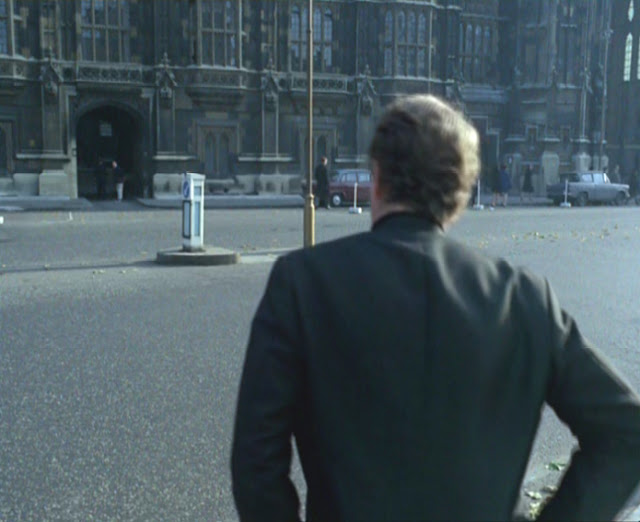 The Prisoner stands watching, as the former No.2 looks back over his shoulder, and then the Prisoner waves and the former No.2 disappears into the houses of Parliament.
Just as Leo McKern looks back at Patrick McGoohan, it strikes me that Leo is asking "Do I go in?" With Pat shouting back at him "Yes, all the way in. Go on!" The only trouble being, they did not have permission to film outside the Houses of Parliament, let alone to film someone actually entering the building!
The London Location work on 'Fall Out' was done on a wet Sunday in early to mid December 1967. The Police had assumed that the Everyman film crew had permission to film the various shots outside the Houses of Parliament, they hadn't. Later Production Manager Ronald Liles was summond to see the establishments Sergeant-at-Arms to explain what had taken place, and I should imagine that a fair amount of grovelling took place on the part of Ronald Liles, otherwise the Everyman film crew would have been in a great deal of trouble.  Although it is quoted in Andrew Pixley's book'the Prisoner: A Complete Guide' has it "The Sergeant-at-Arms who amicably listened to his explanation and then thold him "Very well Mr Liles, that's the end of the matter."
And then in 1979 as Horace Rumpole Barrister at law, Leo McKern followed in the footstps of the former No.2. 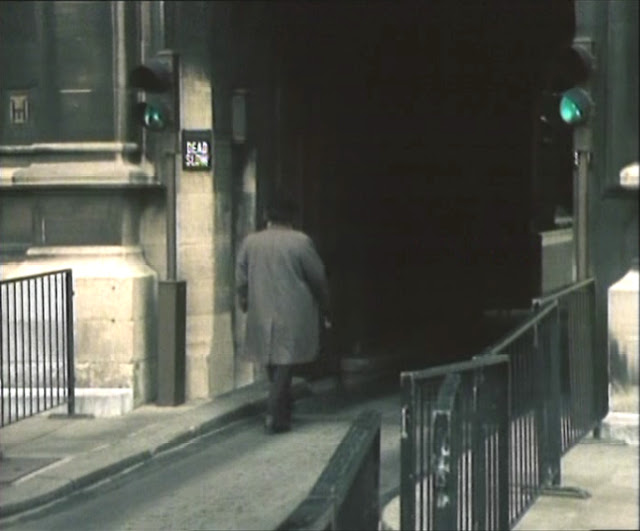 This in 'Rumpole of the Bailey' episode 'The Fascist Beast,' Rumpole had been summoned to see the Lord Chancellor. And that meant going to the Houses of Parliament and entering through the very same entrance as he had as the former No.2 in 'the Prisoner - Fall Out,' the Peers entrance. 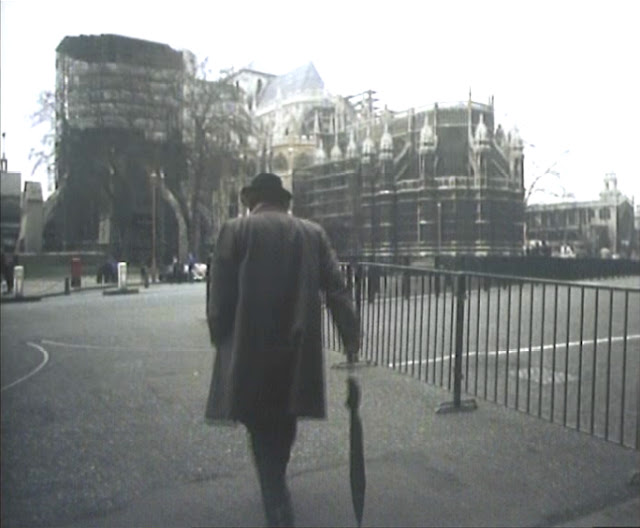 Leo McKern also exited by the same entrance, although back in 1968 there had been no iron railing erected, that being the only difference. I wonder if this scene brought back any memories of 'the Prisoner - 'Fall Out' for Leo McKern?