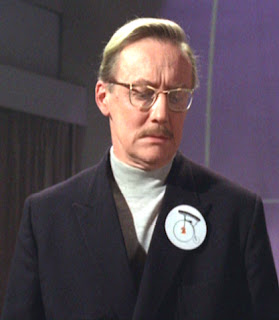 Poor old Number 2, he looks rather apprehensive wouldn't you say? Could it be that he isn't looking forward to the telephone call that is about to take place. Or is his apprehension caused by the ridiculous instrument actor Colin Gordon is forced to use in 'A B and C?' 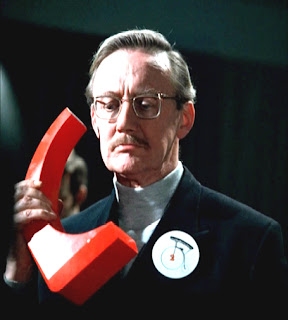 One observation would be that Colin Gordon as No.2 in 'The General,' doesn't use this prop in that particular episode. A second observation is, that in 'The General' we do not see No.2 in the Green Dome at all!
And as it happens I have this prop at home. Not the actual one used in 'the Prisoner,' you understand, but one made for use in 'Village Day.'