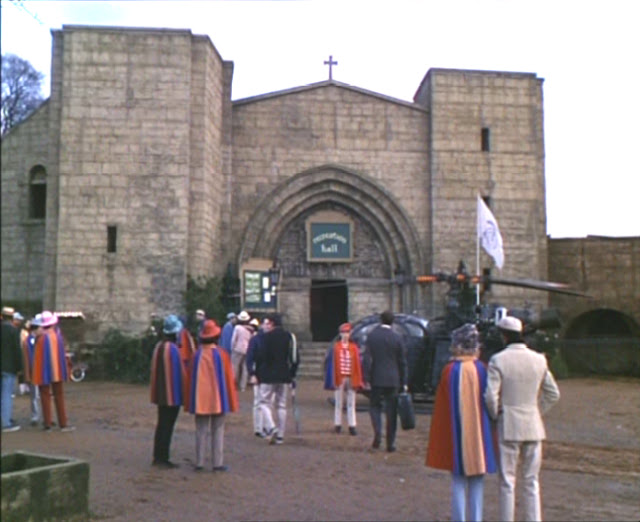 It has been wondered, in the past, how it was the helicopter pilot had known to carry out one circuit of the Village, and then land again. Some have it that the pilot was contacted by the Supervisor in the Control Room. But then how would he know to give such an order?
No, in the above picture we see No.2 giving the instruction to fly round the Village once, then land again to the pilot. 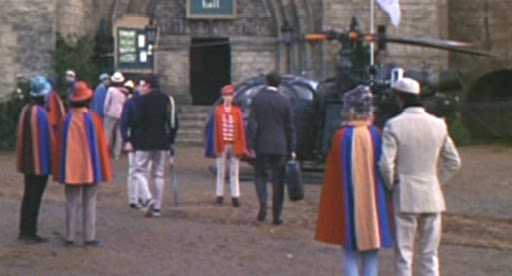 This obviously came about because of No.2's suspicions of Curtis during their taxi ride to the helicopter.
I've always thought how this scene doesn't fit in 'the Prisoner' very well, seeing as all arrivals, and departures usually take place from the lawn by the sea wall! But then this episode was not shot at Portmeirion, it does not contain any direct film footage of Portmeirion, only that of some brief stock film footage shot there.