These days it's something of a rarity for me to add to my collection of 'Prisoner' merchandise or memorabilia, up until a few years ago I was always on the lookout for such material. This is probably because I have so much material in my 'Prisoner' archive, that it takes something rare, or special for me to add an item to my collection.
Yesterday I added these three orgiinal pieces of THEPRIS6NER art work. I had seen them on ebay for some time, and yesterday I though that seeing as how I'm a huge fan of THEPRIS6NER, that perhaps it was about I should give them a good home. 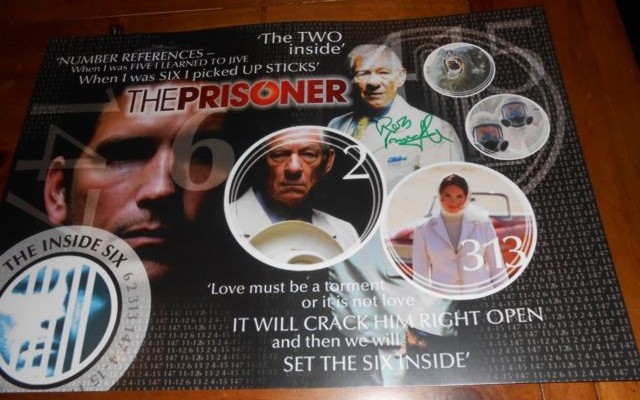 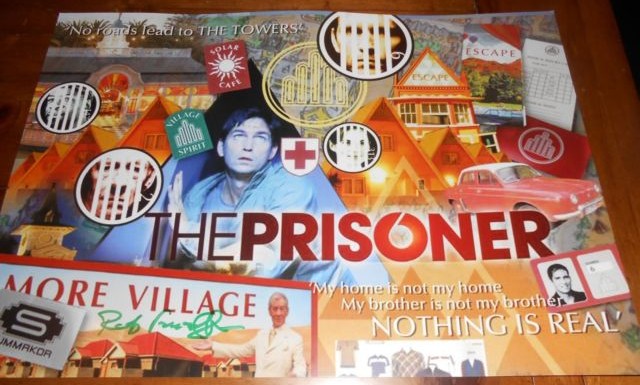 This is a rare item related to the 2009 remake of the TV series The Prisoner, (the original of which starred Patrick McGoohan as Number Six, set in the village of Portmeirion) starring Jim Caviezel and Ian McKellen.
This is a very rare item. To coincide with the series, makers wanted to produce some merchandise for the series. "Mood Boards" were requested to be designed by Robert Fairclough (Prisoner historian and author) and he created 3 different designs for the company. As the series ended up not being a success, the merchandising never followed and as such the designs were not required to be released into the public domain.
There only exist 10 of each designs in A3 format Worldwide so buy now to avoid future disappointment. Each has been hand-signed by designer Robert Fairclough.       R.Davy

"You Only Think You Are Free!"
Posted by David Stimpson at 08:31