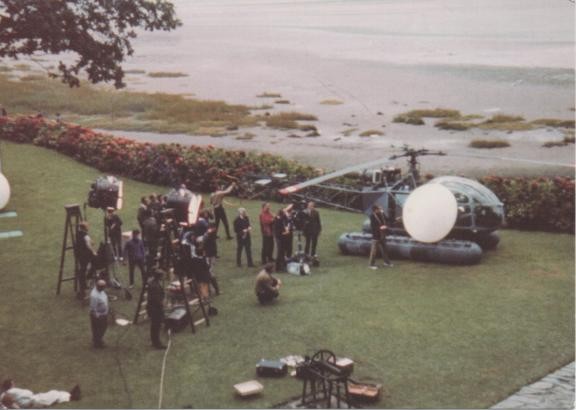 No doubt you will have heard of 'British Pathe News,' the producer of newsreels, cinema magazines, and documentories from 1910 to 1970. Well apparently Pathe News were given access to the Village in September 1966. Here the Pathe News film unit is filming No.6's attempt to escape the Village by helicopter. Each member of the film unit had to sign a waiver to say that they would not aid any prisoner, in particular No.6, to escape the Village in any way. That they would not interfere in any way with what they saw taking place in the Village while they were there.