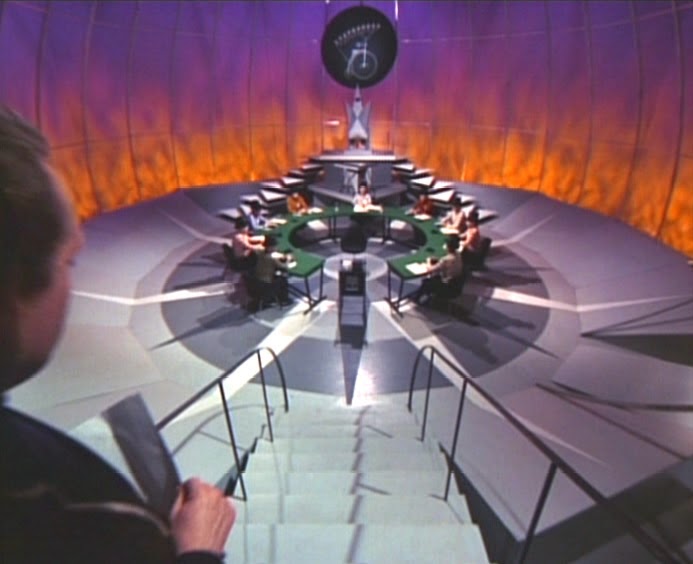 Number 6, in the Council Chamber, about to face the Committee, why? He's not about to hand in his letter of resignation is he? It's not at all surprising when considering all that he has been put through. No wonder he has several complaints! There was the theory years ago, that the Prisoner wasn't abducted to The Village, well he was, but on purpose, in order to test the methods used by Number 2 and his administration. If that had been the case, then it would appear that the Prisoner had been left to his own devices, seeing as he had to bring The Village down in order to escape!