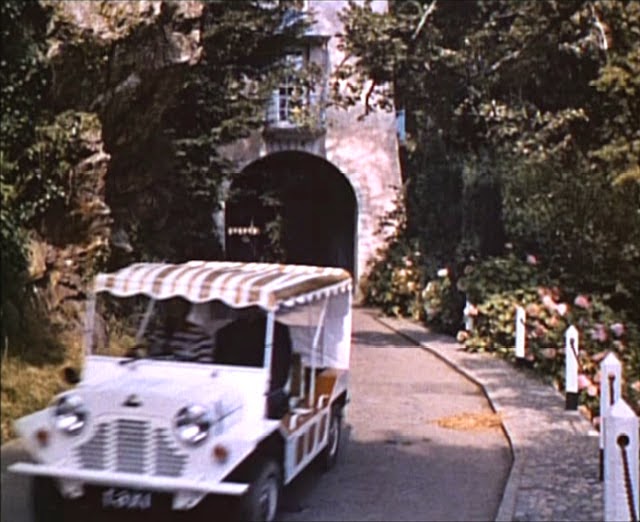 In the above image a taxi speeds along a road into The Village. The driver is an Oriental young woman, and sitting alongside her is the figure of the Prisoner, so this image must have been taken from routine surveillance of ‘Arrival.’ Well that isn’t the case, as this image was taken during the evacuation of The Village in ‘Fall Out.’ So unless the Prisoner vacated the cage on the back of  the trailer on the Scammell Highwayman transporter,  and returned to The Village for whatever reason {perhaps he forgot to turn off the gas} this chap has to be Number 1! But then how did he get out of the rocket? On the other hand, if this is the Prisoner, and following the reasoning that ‘the Prisoner’ is a vicious circle, even so his arrival in The Village seems somewhat previous!