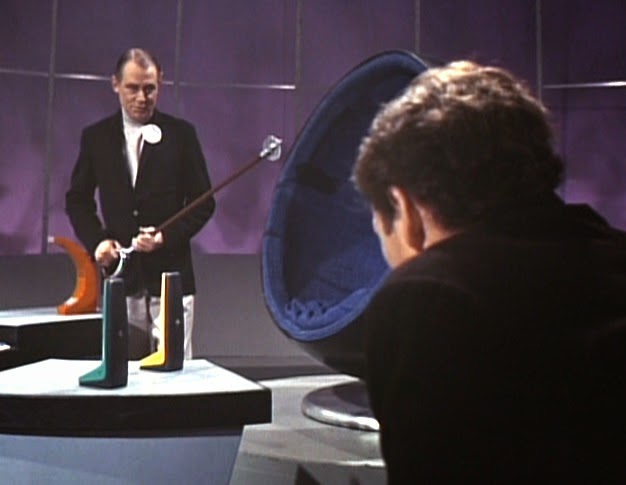 Number 2 of ‘Hammer Into Anvil’ is the only Number 2 to have his own "shooting stick," which he carries about him whilst others have the more usual "umbrella shooting stick." Not only that, but Number 2 has a sword concealed inside his shooting stick, which he must have brought with him, seemingly for self-preservation, and which was not detected during any possible search carried out on him or his personal possessions brought into The Village.
Number 2, during The Chimes of Big Ben, said of Number 6's home made tools stone axe and chisel, "You know the ruling on offensive axes, saws, chisels that sort of thing. They may fall into the wrong hands. Stone axe, chisel, even these are outside the pale of the law you know." Then certainly Number 2's concealed sword would also have to be considered to be "outside the pale of the law." So judging by this law on offensive weapons, it would appear that Number 2 actually smuggled his weapon into The Village, for his own protection, in not knowing exactly what he had got himself into.