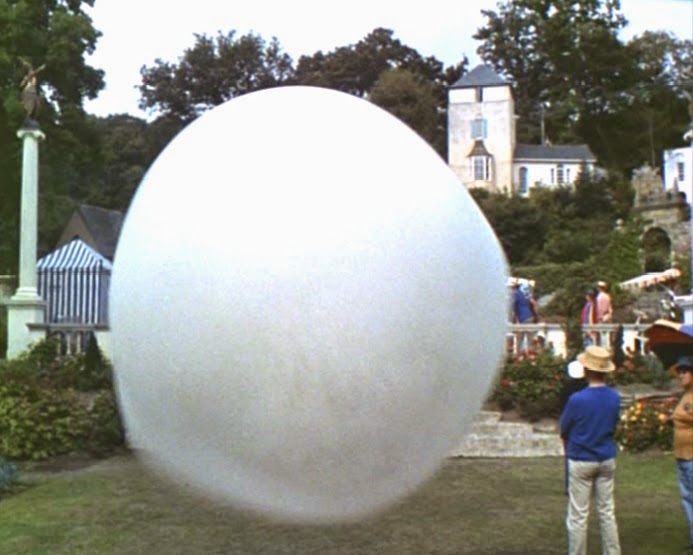 Since his debut appearance in 'the Prisoner' back in 1967, Rover has appeared in numerous pop music videos, television adverts, sit-coms, and aided space projects to name but a few. In 1978 Rover appeared in a Kate Bush music video, and actually appeared live on stage with Kate.
I remember watching this performance in 1978, and looked for the video on YouTube, however I had the name of the title of the song wrong. Watch for Rover yourself by clicking on the link below to 'Them Heavy People'  at  http://youtu.be/jVXpRYtD1Js    or simply watch the posted video.