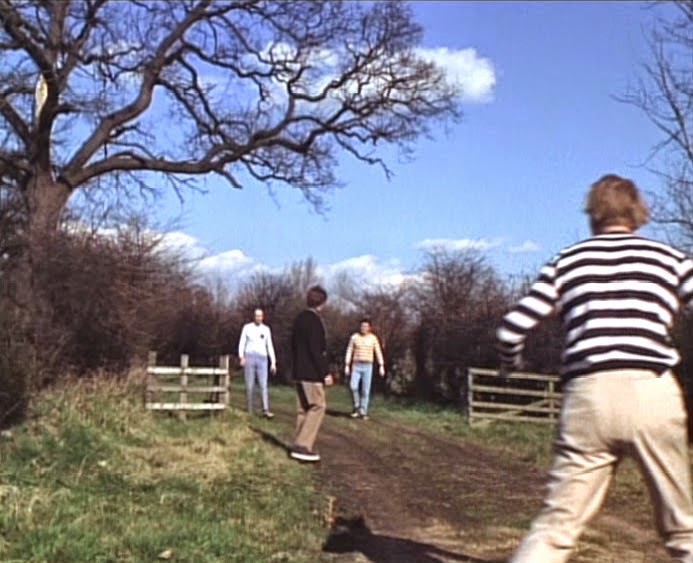 You’re it! Number 6 and his chums who are about to have a game of “Tag.”
Tag also known as "it," tick you're it or tig (in regions of Britain), and many other names is a  playground game that involves one or more players chasing other players in an attempt to “tag” or touch them, usually with their hands. In some versions, if a player reaches their predetermined "goal" which is the “safe zone”, they are “safe” and cannot be tagged. There are many variations; most forms have no teams, scores, or equipment.
The basic rules are as follows, A group of players (two or more) decide who is going to be “it,” often using a counting-out game such as eeny, meeny, miny, moe. The player selected to be “it” then chases the others, attempting to get close enough to “tag” one of them (touching them with a hand or a tennis racket) while the others try to escape. A tag makes the tagged player “it” - in some variations, the previous “it” is no longer “it” and the game can continue indefinitely, while in others, both players remain "it" and the game ends when all players have become “it.” There are many variants which modify the rules for team play, or place restrictions on tagged players' behaviour. A simple variation makes tag an elimination game, so those tagged drop out of play. Some variants have a rule preventing a player from tagging the person who has just tagged them known as “no returns.” Players may be safe from being tagged under certain circumstances: if they are within a pre-determined area, off the ground, or when touching a particular structure.