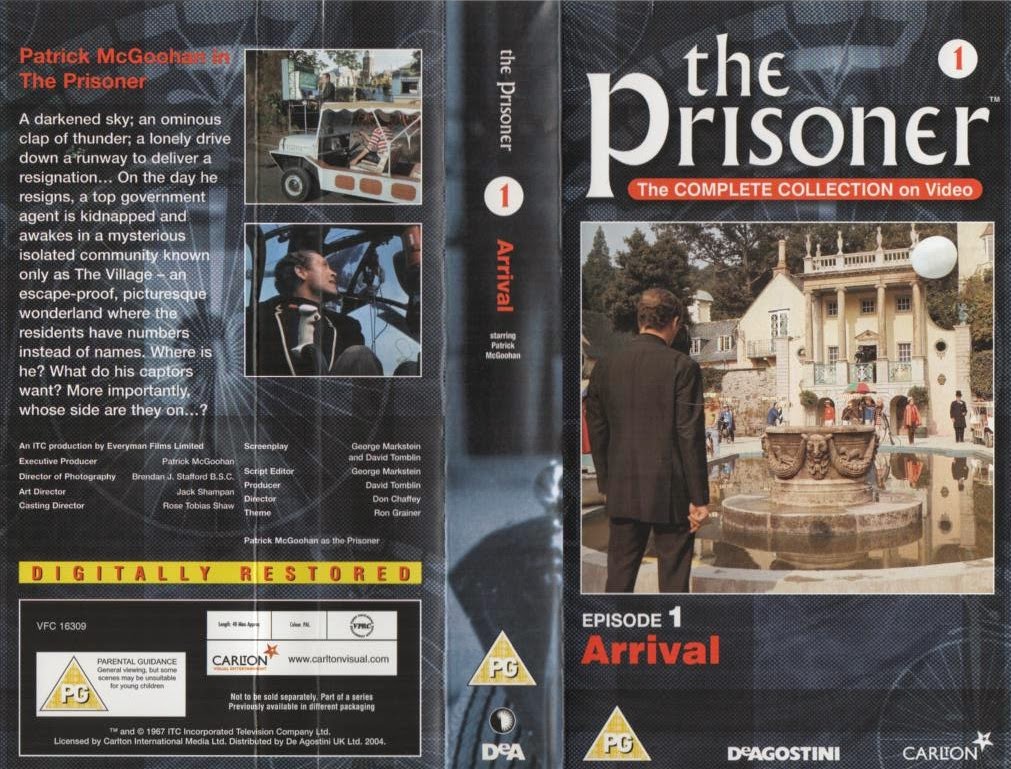 In 2004 De Agostini tested out the water for the 'Prisoner' part-work by releasing it is two areas, one being in London, the other the East Midlands {if memory serves me right} to see how it would sell. The first two issues of the part work were released on both formats of video and DVD, I chose video. The first came with a free Map of Your Village, which I think is the best reproduction of the map, within its look-a-like leather cover. 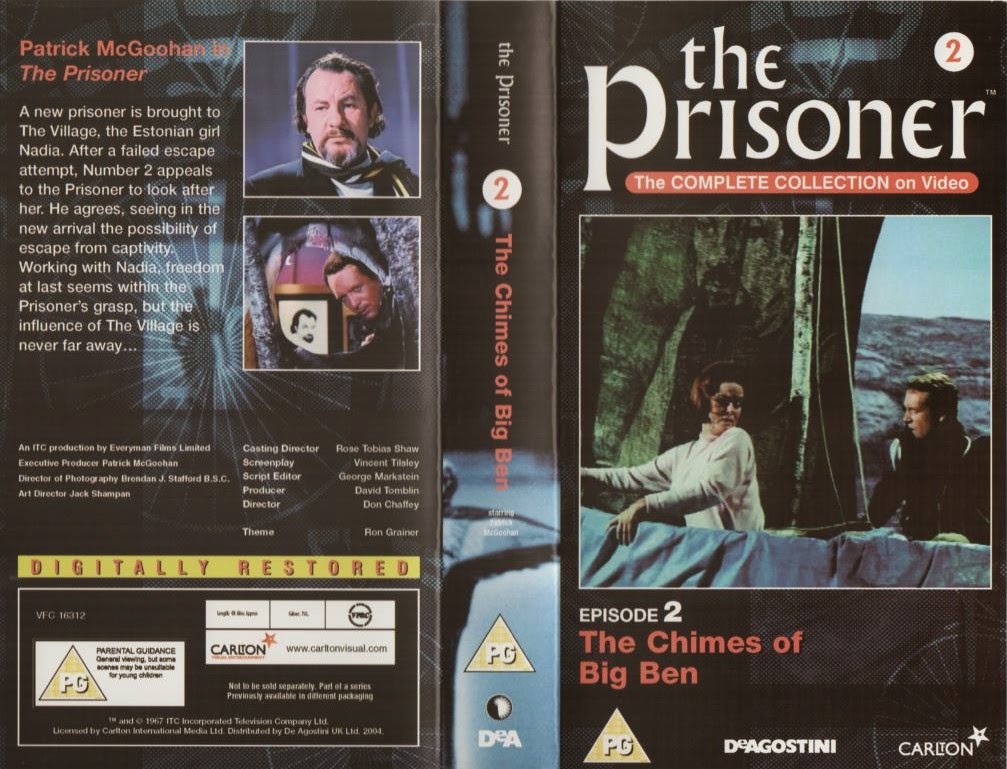 The Chimes of Big Ben' came with 'Danger Man' 'Koroshi and 'Shinda Shima' put together as a film, again on video. 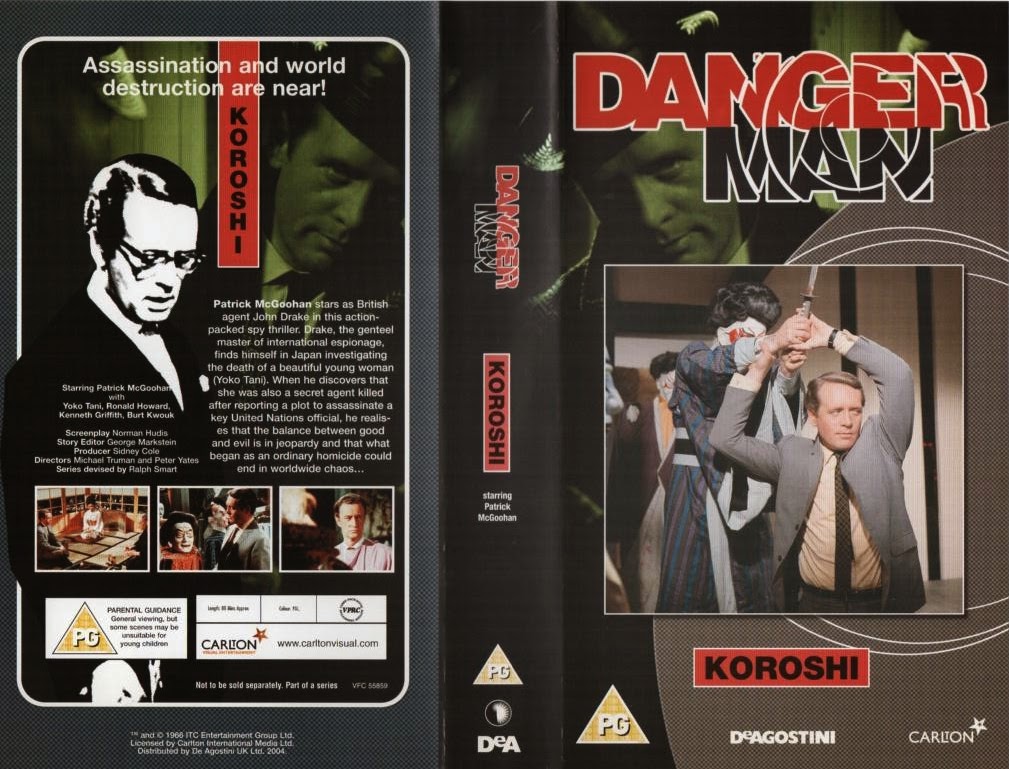 I do not know how many people at the time opted for the video, but of course very soon after, De Agostini issued 'the Prisoner' part-work on DVD nationwide, and the video was dropped. Making these three videos something of a real collector's item.