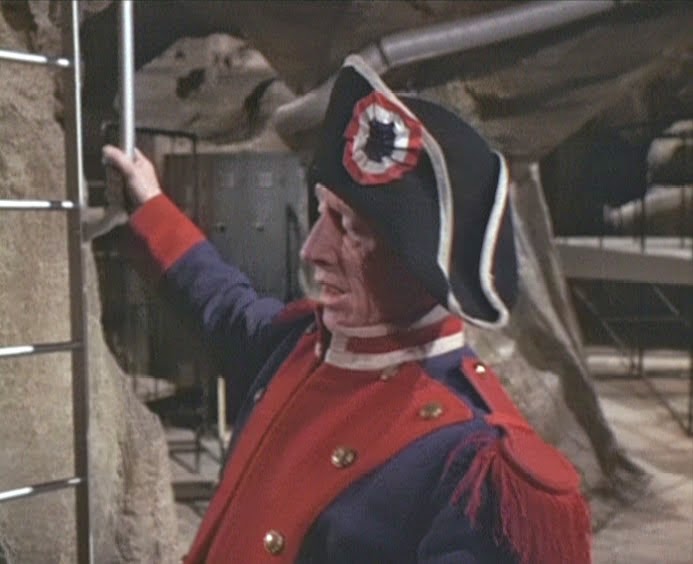 This is Marshal O'Rourke singing "Danny Boy," I suppose he had to be Irish because he was about to be hit over the head and replaced by Mister X, who would go on to sing 'Danny Boy,' McGoohan being of Irish parentage. Danny Boy is a ballad written by English songwriter Frederick Weatherly, usually set to the Irish tune "The Londonderry Air." But originally this man, Joe Gladwin, was to have been a Yorkshire man. In the cast list he is credited as Yorkshire Napoleon.

BCNU
Posted by David Stimpson at 09:33