No.6 Is A Stubborn Fellow! 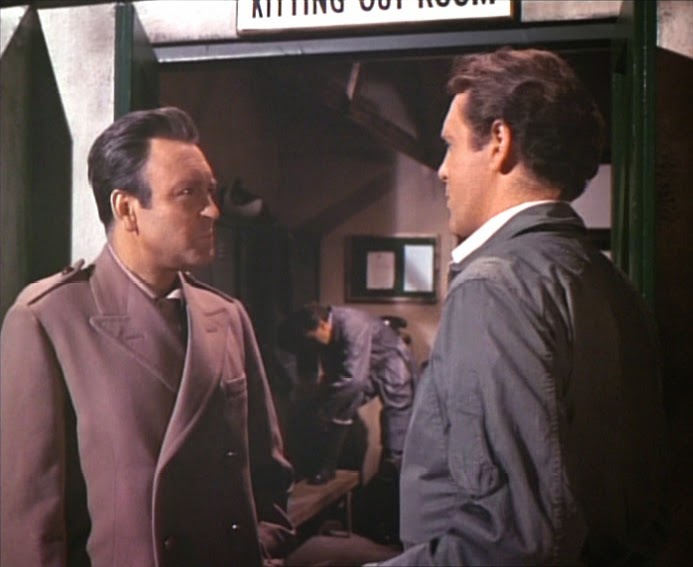 “You’re a stubborn fellow Number Six!”
Perhaps if he hadn’t been quite so stubborn Number 6 would have left going looking for The Village to someone else. The Colonel might have got the RAF to organise a search of the 1,750 miles for The Village. But on the other hand, seeing as they only had photographs of The Village from ground level, Number 6 is the only person they had who could recognise The Village from the air. So Number 6 was the obvious choice, he had to go back!
As for Number 6’s stubbornness not to give anything away, even when he had been betrayed by old colleagues such as the Colonel and Fotheringay, he still persisted in not answering any questions. Even when he was on the telephone speaking to Dutton. Dutton suggested that there had been a suspected security leak. He said the Committee wanted a breakdown on everything they know, you, him Arthur, the Colonel, everybody. All the files he had seen, the projects he knows about, just headings, not details. But Number 6 said that he must not ask him that, in fact he became somewhat agitated, and breaks out into a sweat, gripping the receiver of the telephone strongly in both hands telling the caller that he must not ask him that. He begins to shake, demanding to know who is on the telephone before finally collapsing back onto the bed into unconsciousness. It would appear that Number 6 has a built-in fail-safe device that shuts the brain down whenever anyone asks him for any form of sensitive information! On a more fundamental level, a man such as Number 6 would almost certainly have had to sign the official secrets act. And because Number 6 can be very single-minded, he would no doubt feel that it was his bounden duty not to give any information away. As Number 2 once said “He’d have died first. You can’t force it out of him, he’s not like the others.”