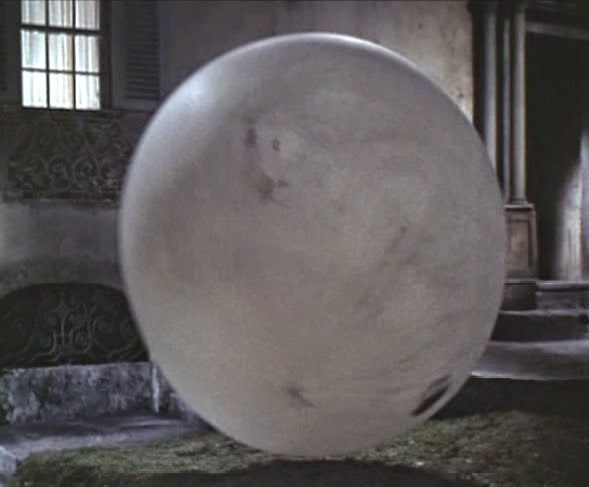 It would appear that The Village Guardian known as Rover, which insinuates that it is nothing more than a guard dog, appears to consist of more then merely smooth membrane. A network of nerves and sensory fibres. Dark patches could indicate grey matter, which makes up a substantial part of the central nervous system. Grey matter is where the majority of the brain’s neuronal cell bodies are located. Rover - genetically engineered membrane with perhaps added intelligence! But might it not be that Rover is just as much a prisoner in The Village as anyone else?

BCNU
Posted by David Stimpson at 10:21