Over the years many aficionado's have visited the various London film locations for 'the Prisoner,' as well as locations outside the capital, namely at Borehamwood, the Elstree film Studios for example. However as the years have passed many of these locations have been lost, and the most recent being the Marconi GEC building at Borehamwood which has now been totally demolished. 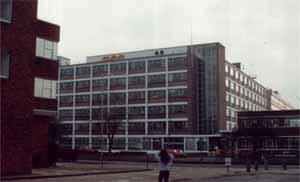 {The Marconi GEC Building at Borehamwood - as it was
Picture curtesy of the Unmutual website}
The interior of the building was used for a scene using the unusual lift, a Paternoster, when the Prisoner in the guise of the Colonel is taken to see Sir Charles Portland by PR12 in 'Do Not Forsake Me Oh My Darling.' 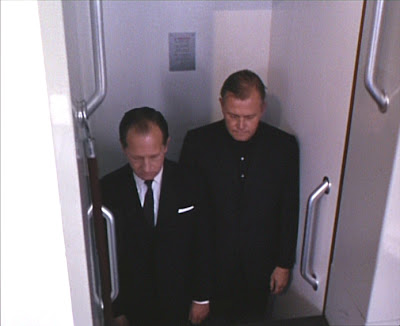