Who Is that On The Telephono? 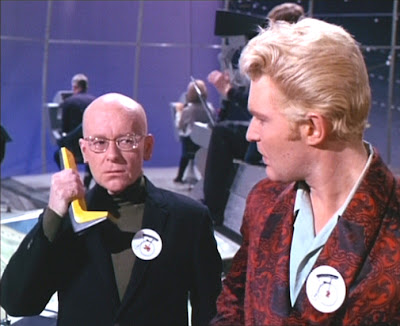 The telephono begins to bleep impatiently, the Supervisor-Number 28 picks it up.
"Yes sir........at once."
Number 2 "Who is it?"
"He didn't say."
"Well can't you deal with it?"
"It's not me he wants. He asked for you."
"Things can't be that bad. That's the yellow telephono, not the red one."
"Either way it's you he wants."
"Does he, how does he seem?"
"Well put it this way, I wouldn't want to be in your shoes!"
"I've not been in the job fives minutes, that's not long enough for anyone to fail!"
"I wouldn't put money on it!"
"How does he sound would you say?"
"That's the curious thing.......he sounds just like the voice of Number Six!"
"Number Six? Don't be ridiculous!" 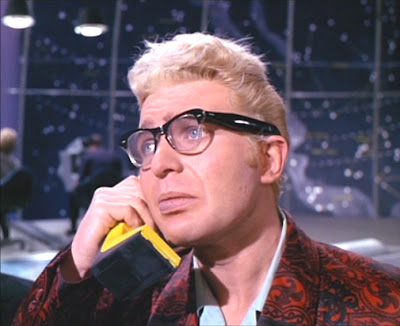