Continuing the profiles of 'The Chimes of Big Ben.' 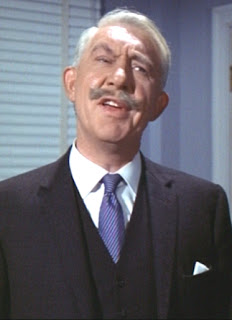 Male
Height….. 6 feet {approx}
Weight….. 190lbs  {approx}
Age……..  55 {approx}
Hair……..  Silver grey/moustache
Nationality…. English
Occupation… Middle Civil Servant
Salary………. £300 per month {approx}
A military style of man, either ex- army or navy
Well dressed in a three piece business suit, white shirt, blue tie and black shoes.
Speaks with a cutting Queen’s English accent
The colonel is most probably an ex-army officer of the rank of colonel, hence the title he still holds today.
His background is impeccable as are his credentials. However the colonel is something of a very objectional man, Who’s scepticism stands out a mile. He does not suffer fools gladly, but this only makes him more obnoxious then ever, for he sees everything in black and white, a very cynical man, or at least as far as the prisoner {his ex- colleague} is concerned. He has a very sarcastic nature, with a very jaundiced view of things.
As with Fotheringay, it seems that the colonel is working with the village, and has worked with them in order to extract the resignation secret of the prisoner. So he too could very well be a traitor, depending on the origin of the village.
The colonel’s office seems to have a strong feel about it, with the painting of a 19th century sea battle upon the wall together with brass cannon and two model’s of  wooden sailing ship’s.
An office of Navel intelligence it might be said!
As it is with Fotheringay, so it is with the Colonel.
But what is it which drives a man or woman to give such unquestioning loyalty? 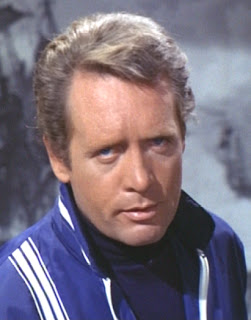 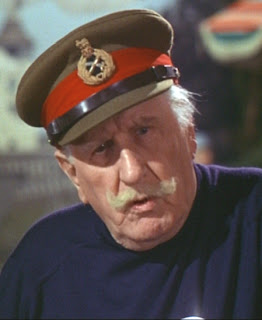 Male
Height…. 6 feet {approx}
Weight…. 250lbs {approx}
Age……. 60’s
Hair……. Grey/moustache
Nationality…  English speaking
Village attire,  British military peeked cap, blue jersey, grey flannel trousers and deck shoes.
He used to be quite a handyman once.
By his own admission he was quite a handy man once. His work for the arts and crafts exhibition is to make a chess set. The General is quite a keen chess player.
It is not know whose army he was a general of, or indeed which regiment for that matter. However he does wear a British military officer’s cap, that of a General, which of course is no proof of anything.
Which army? Which Regiment?
Perhaps he like others before him, he came here of his own free will?
How long he has been a prisoner in the village is not known. Or indeed if he came to the village a prisoner or of his own free will!

Female
Height…. 5 feet {approx}
Weight…. 140 lbs {approx}
Hair……. white
Age……. 70’s
Nationality… Unknown
Village attire, pale blue hat, colourful stripped cape, orange polo neck jersey, dark blue slacks and deck shoes.
Her tapestry of number 2 was indeed a labour of love as Number 2 must have been an inspiration to her as he has been to others.
She has nimble hands for her age, young girls of her time were taught needle work and embroidery.
The tapestry would certainly have taken her some time to complete, perhaps longer than six weeks.
This old woman has been a citizen of the village for a good many years and has long become accustomed to it and its way of life, indeed she seems much at home here.
She has been one of the fortunate ones, learning to adapt to changing circumstances and environments.
After all what is it Number 38, or any member of the village community, cannot do here that they can do any place else?
Of course there is no possibility of travelling to visiting friends and relations in cities or other villages. But otherwise daily life here in the village would be much the same as it would be any place else, there’s the old peoples home, a social club, exhibitions to get involved with, amateur dramatics. Life here in the village, is for many, is the same as life in any other village. 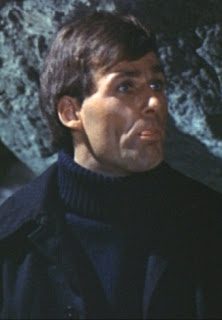 Male
Height…. 5feet 9inches {approx}
Weight…. 150lbs {approx}
Age……. Mid to late thirties {approx}
Hair……. Dark brown
Nationality….. unknown perhaps Russian or Polish.
This man is situated in the cave somewhere supposedly, on the polish coast. He is equipped with a high powerful rifle, with telescopic sights.
Working for the village he is waiting the arrival of Number 6 and Nadia posing as her contact.
How long had he been waiting for her?....... not long.
How was he contacted by Nadia from the village?............ he wasn’t, but he was contacted by the supervisor in the control room.
How was it possible for one man to move such a large crate?..... he didn’t
He speaks Russian and very bad broken English, however this would have been put on for number 6’s benefit, after all they were supposed to be in .
When Post 5 sees the membranic white mass of the guardian pursuing the two escapees, he fires three times, puncturing three holes in the membrane of the thing.
However this bears no effect upon the guardian, it appears to be self sealing!
However it does turn and skim away across the waves, away from the rocks.
He has a crate all ready, for this is their way back to the outside world, by crate, via , , and finally .
However it is a very large crate for one man to move all on his own, especially when there are two people in it. So he must have accomplices, fellow citizens of the village. The crate is in a cave on the Polish coast, after its two occupants are sealed inside it is then put aboard a boat and shipped back to the village. and must be put aboard a lorry.
He was certainly slow when he handed number 6 his watch, an hour slow in fact!
The journey to may very well have been timed, but number 6 and Nadia could not have seen the elaborate set up used to convince them that they were not in actual fact taken from the cave back to the village.
Such ‘posts’ are scattered far and wide of the village. They help to serve and protect the village from unwanted intruders or accidental visitors, who may stray to near the village by accident. They also aid in the return of escaping prisoner’s. 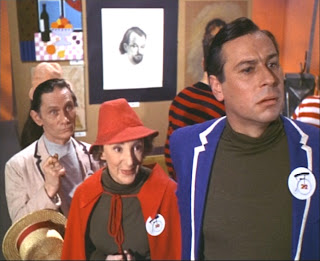 The Three Judges of the Awards Committee
Number 22
Male
Height……….. 6 feet {approx}
Weight………. 220 lbs {approx}
Hair………….. Black
Age………….. late 30’s
Attire – blue piped blazer with white piping, dark coloured turtle neck sweater, light blue trousers, and blue deck shoes.
He is something of a sever and pompous looking man. And when asked by No.6 what he thought of the abstract sculpture, he suggested a church door. Perhaps a man of a religious bent.

Number?
Female
Height……..5 feet {approx}
Weight……. 110 lbs {approx}
Hair ……….. Aurbone
Age………… 45
Attire a red Trilby hat, colourful stripped cape, dark coloured polo neck jumper, slacks and flat shoes.
A cheerful lady who assures her fellow judges that she sees what the artist is getting at. But there is just one thing she doesn’t understand - “Where is Number 2?”