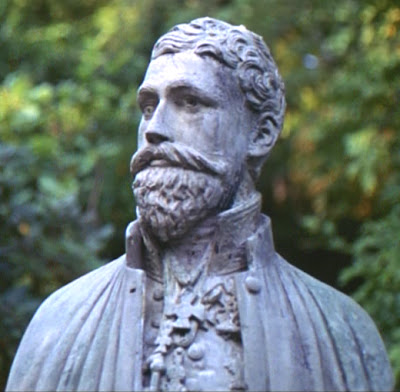 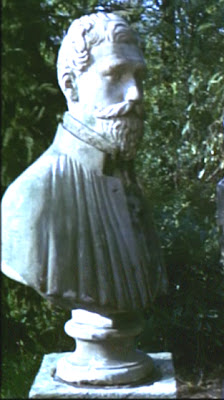 In a recent commet Mister Anonymous was writing of this bust, which is first seen in 'Arrival,' then again in the Rover cave of 'Free For All,' and much later in the series in sir Charles Portland's office in 'Do Not Forsake Me Oh My Darling.'
I have myself attempted to identify the personage of the bust, but have thus far failed to do so, as I have with the bust of Voltaire for example. But the bust is obviously of someone of importance possibly that of a General, judging by the fact that he is wearing a cape over a military uniform. Also he is wearing a medal suspended about his neck on a ribbon. Or the bust could be that of some royal personage wearing military uniform. I don't think he's General Gordon, or Kitchener for instance.
Perhaps there is a reader of this blog who can identify the personage which this bust depicts.